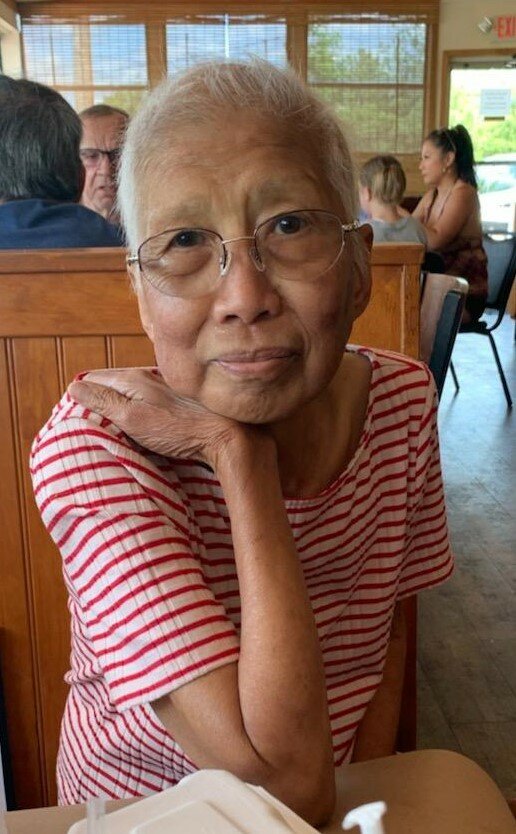 Please share a memory of Josefina to include in a keepsake book for family and friends.
View Tribute Book

On September 22, 2022, Josie Landicho passed away, surrounded by her friends and family. A loving wife, proud mother of three, and grandmother of five, Josie was born in Manilla, Philippines, on June 16, 1947. She married Regino Landicho in 1968 and would later have three sons: Anthony, Reggie, and Joey. Josie was known for the unwavering support and unconditional love she would give to those who had the honor of meeting her.

One of Josie’s greatest passions was traveling the world. While traveling, Josie would immerse herself in the local cultures and customs. A lover of flowers, Josie would always take the time to appreciate the flowers at every destination she visited. When she was not traveling, Josie loved to garden and would often tell her stories of picking fresh fruit and produce in her native Philippines.

Later in life, being a grandmother became an immense source of pride for Josie. While she was not an avid fisherwoman, Josie always looked forward to fishing trips with her grandchildren. She enjoyed seeing the looks of excitement on her grandchildren’s faces when they caught a big rockfish or a bluefish. Everyone was one of Josie’s grandchildren. You could always count on her to remind you to “wear your jacket.” When walking into her house, Josie would immediately ask you, “have you eaten?” and proceed to produce you a homecooked meal. If you were sick, she would pray for you, bring you soup, and praise the natural healing qualities of Vicks for any ailment.

It is impossible to describe Josie’s life in a few paragraphs. It was not just what she did that made her stand out, but rather how she made people feel. Josie made sure that everyone felt welcome and important in her life. She would shower everyone she met with an overwhelming amount of unconditional love. We will never forget Josie for her generosity and her open heart.

Josie is survived by her brothers, sisters, sons, daughter-in-law, grandchildren, friends, and other family members. We will always love, remember, and miss Josie.  If considering sending flowers or making a donation, please contact a member of the Landicho family.

A special request for her funeral service, please come in colorful attire, it will be a reminder to the family of her love of flowers, thank you!

Share Your Memory of
Josefina
Upload Your Memory View All Memories
Be the first to upload a memory!
Share A Memory
Send Flowers
Plant a Tree