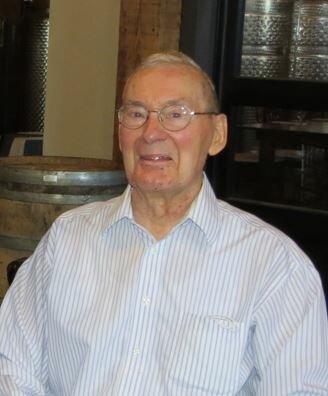 Please share a memory of Dale to include in a keepsake book for family and friends.
View Tribute Book

Dale D. Adams was devoted to his family, his church and his community.   He led a very full life.  He passed away peacefully on October 1, 2022. He was 86 years old.

Dale was born in a log cabin in rural Indiana.  He spent his childhood with a very simple existence working in the fields and odd labor jobs.   He was the 7th of 8 children; he enjoyed being outdoors fishing, hunting and playing basketball.

After graduating from Holton High School as the class valedictorian he went on to study at Hanover College on scholarship.   Dale loved school and learning.  He chose to study physics.  He found his “other” family in the Beta Theta Pi fraternity.  He was in the Marine Reserves.

During the summer, Dale worked at the Indiana State Fair where he met his wife, Martha Jo Leisure.   Dale and Martha were married in October 1960.  In 62 years of marriage, they were blessed by 4 children; and 8 grandchildren.

Dale worked at the Department of Defense and focused on logistics.  After retirement from the government, he worked for the Fairfax County School System.   Dale and Jo loved to travel the world and visit with family; especially in Indiana each summer.

Dale is survived by his wife, Martha Jo; his sisters, Alta and Stella; his children Reid (Michelle), Kim (Bill), and Traci (Lee) and daughter-in-law Kathryn.  Dale was preceded in death by his son Chris.

Visitation will be held at Adams-Green Funeral home in Herndon, Va; October 13 from 4 to 7 pm in the evening.

Funeral Services will be held at Trinity Presbyterian Church in Herndon, Virginia on October 15 at 10:30 am with a graveside service at Chestnut Grove Cemetery.

In lieu of flowers, donations can be made to:

Donations in memory of Dale Adams can be made to the Trinity Presbyterian Church of Herndon’s memorial fund and designated for the church pavilion account.   651 Dranesville Rd, Herndon Va 20170

In memory of Chris Adams.

In memory of Dale Adams.

Share Your Memory of
Dale
Upload Your Memory View All Memories
Be the first to upload a memory!
Share A Memory
Send Flowers
Plant a Tree