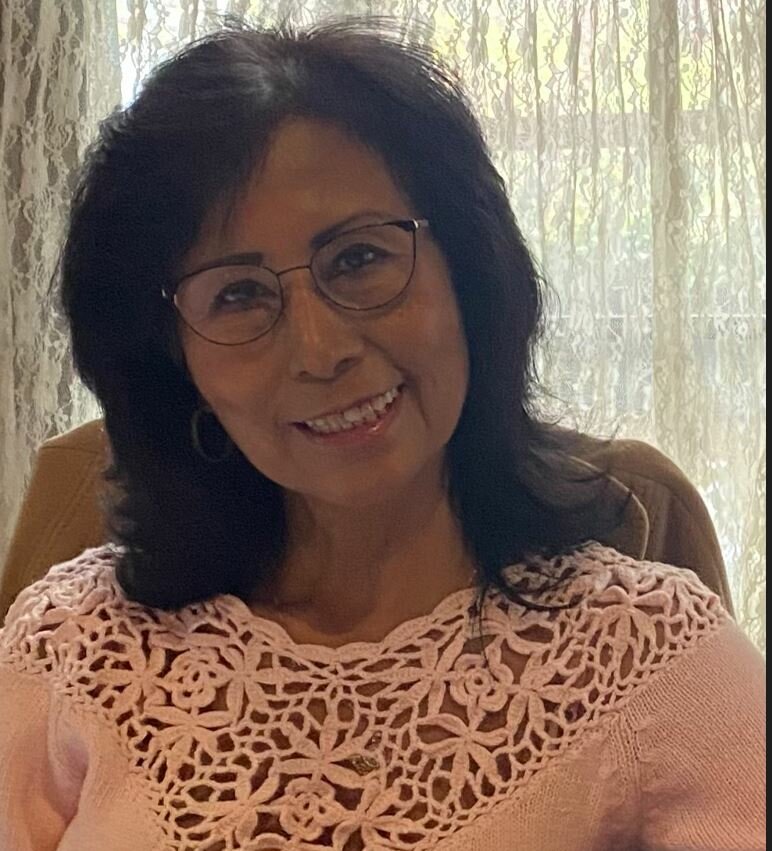 Please share a memory of Maria to include in a keepsake book for family and friends.
View Tribute Book

Maria was granted her angel wings on October 3, 2022. Her final days were surrounded by family and friends in her home.

Maria was born in Abancay, Peru on November 6, 1959 and moved to the U.S. when she was 18 years old, sponsored by her beloved Father Roger Boucher from New England who was with her for two days before she passed. He was her mentor and very dear friend until the end. After she moved to the U.S., she quickly learned English and then received her Bachelor’s degree in Business Administration from Central New England College in Worcester, Massachusetts.

Maria married Roman Gorski in Hartford, Connecticut in 1986 and had two children, Jonathan J. Gorski and Jeffrey A. Gorski. She later remarried Theodore A. Miller in Herndon, Virginia in 2009. She is survived by her husband; her two sons; her mother, Laura V. De Davila; her two sisters, Rocio Davila Bowen and MariaLaura Davila; her half-sister, Dina Davila; half-brother, Domingo Davila and his children; her niece, Jasmine Bowen; and many other beloved family members. She was preceded in death by her father, Dr. Santos Orestes Davila.

Maria so deeply loved her husband, sons, mom, sisters, nieces, nephew and her sons’ friend, Chris, who she called her adopted son, as well as all the extended family and circle of friends she felt were family to her. Maria’s three dogs she shared with her husband and family were April, Rosie and the surviving Milo. They were her very beloved four-legged family members.

Maria spent most of her career working for Fairfax County Public Schools (FCPS) as a student registrar and mentor to many who she served and worked with. She loved her work until she retired. There are almost 25,000 employees at FCPS and when the school year ended in 2021, Maria was awarded the prestigious Eddy Award, which was only given to 13 people in a grand public ceremony at a large concert venue. We felt as though it was a lifetime achievement award.

Maria loved to celebrate all the holidays and birthdays. She was renowned for her elaborate Christmas decorating of her entire home. The stunning attention-grabber was always her built-by-hand from floor to ceiling Christmas nativity. She was a great hostess and entertainer in her home. She hosted countless dinners and parties. She loved music and dancing. Maria used to say: “It is not a real party if there isn’t dancing.” Maria loved to travel and she got to see a lot of the U.S. and the world during her life, including many trips with her husband and sons.

Her life would seem too short for most of us, but those who were touched by her understood the quality of life far exceeds the quantity of time in which one lives. Her very gentle smile and aura of light and kind warmth endeared her to all who met her. The way Maria lived her life with remarkable positivity and courage gave us all inspiration.

Very special thanks to all those family members and dear friends who were always there for Maria. Much appreciation to His Excellency Bishop Emeritus Paul S. Loverde for his loving support.

Her funeral Mass will be held October 21st at 11:30 a.m. at St. Joseph’s Catholic Church at 750 Peachtree Street, Herndon, VA 20170 and will be conducted by His Excellency Bishop Emeritus Paul S. Loverde.

There will be an interment of her ashes at National Shrine of Our Lady of Lourdes in Emmitsburg, MD.

We genuinely ask, in lieu of flowers, donations be made to: American Cancer Society (caution: other cancer sites may pop up) at www.cancer.org or toll-free 7 days a week 8 a.m. to  8 p.m. ET at 1-800-227-2345. If you want to download a form, go to www.cancer.org/mail. Please indicate you want the donation to be specified for lung cancer.

Share Your Memory of
Maria
Upload Your Memory View All Memories
Be the first to upload a memory!
Share A Memory