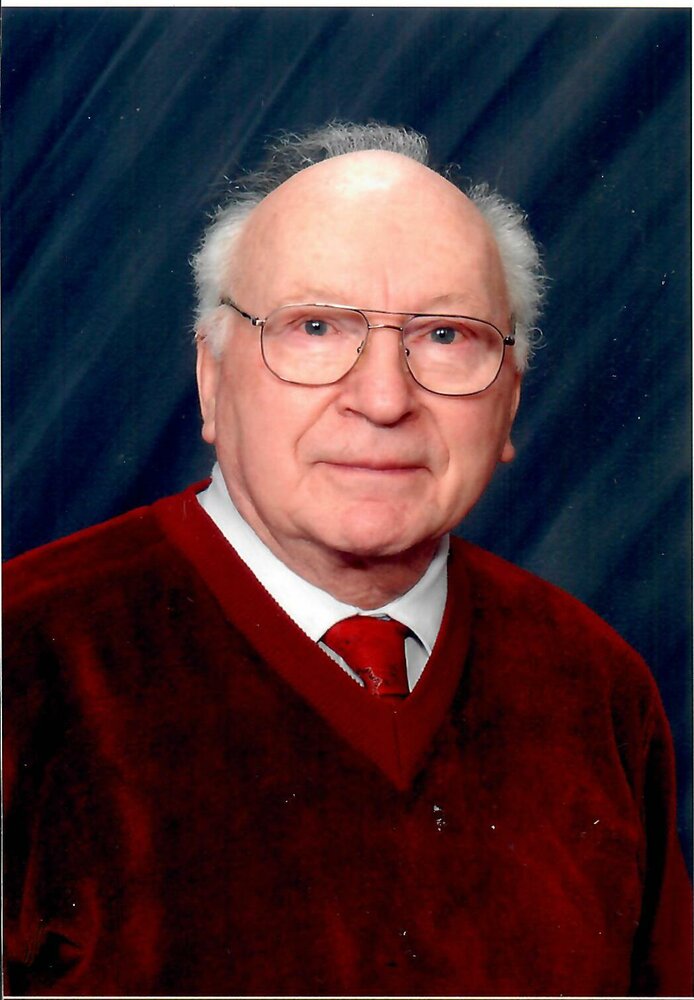 Richard was born in Harrisburg, Pennsylvania and was the youngest child of John and Julia Szymanski. He was predeceased by his loving wife of 67 years Delores Pearl Szymanski.

Richard was a World War II veteran. After completing high school, Richard joined the Army and was stationed primarily in Italy.  Richard always liked to tell stories about his experiences and the fine people he met while in the service.

Upon the completion of his military service Richard briefly worked in the coal mines of Pennsylvania before relocating to Fairfax Virginia where he embarked on his career as a butcher working for Giant Food. Upon his retirement from Giant Food Richard and Delores enjoyed their retirement spending time with each other, actively participated in the child rearing of their grandchildren in their formative years.  Richard was an avid gardener, an excellent cook, enjoyed an occasional day outing at the horse race track and followed the Washington sport teams – all while devoting himself to his strong Christian religious beliefs.

After the passing of his wife Delores, Richard spent his remaining years under the endearing care of his oldest grandson, Paul Szymanski, and his family.

A graveside ceremony is scheduled for Thursday, October 27, 2022 at 1:00pm at Quantico National Cemetery followed by a Celebration of Life at Madigans Waterfront Restaurant in Occoquan, VA.

In Lieu of flowers, contributions may be made to J Vernon McGee Through the Bible. https://home.ttb.org/donate/giv