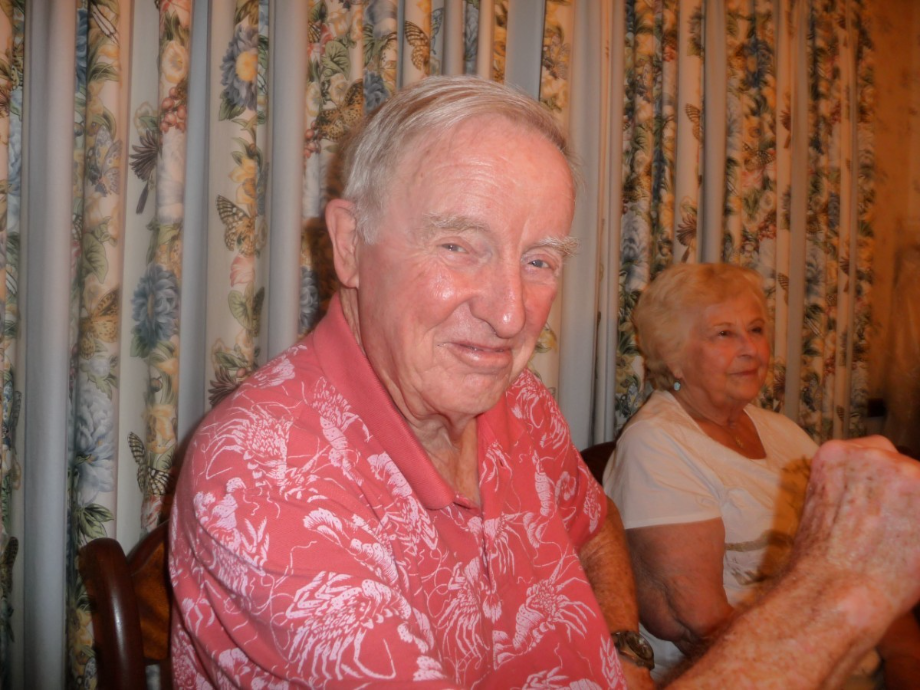 Please share a memory of Frank to include in a keepsake book for family and friends.
View Tribute Book

When Frank attended the wedding of a high school friend in 1957 he saw a girl in a beautiful blue dress and said he had met the girl he would marry – Barbara Ann Fitzgerald from Little Falls, NY.  The two were married in September of 1960.  Frank believed winning the heart of the lady in the blue dress was his greatest accomplishment.

Born and raised in Albany NY, Frank was a NRTOC midshipman at Holy Cross graduating in 1958 and was commissioned an Ensign in the United States Navy. Over a 25 year naval career, he was stationed in Washington, California, and Virginia.  As a Naval Flight Officer, Frank was a Bombardier/ Navigator in the A3D from 1960 to 1965 and transitioned to the A-6 Intruder in 1966.  Frank was a proud to serve in VA-65, the World Famous Fighting Tigers – for two combat tours in S.E Asia; the Forrestal in 1967 during the tragic fire, then in 1969 on the Kittyhawk.  Frank’s third combat tour was as the ordinance officer on the USS America in 1972.  Frank’s service was recognized with 7 Air Medals, the Navy Commendation medal with Valor among many others.  Frank also enjoyed developing and testing new systems for aircraft as a member of VX-5 and the Operational Development Force (OPDEVFOR).  His last deployment was as a Plank Owner, ‘Gun Boss’ on the USS Dwight D. Eisenhower.  Frank was humble about his service and expressed his pride by highlighting the courage and resiliency of his shipmates.

After retiring from the Navy in 1983 Frank worked in the defense industry until fully retiring to golf, travel and spend time with his grandchildren.  Frank - often the life of the party - was known for his sense of humor and quick wit.  Frank loved reading and poetry and would often pen poems about the antics of his children and grandchildren.   He was a gifted woodworker and cabinet maker and an avid golfer but mostly he was passionate about his wife and his family and was the driving force behind many, many family get togethers.

A memorial mass will be held at 11 AM November 4, 2022 at St Thomas a Beckett - 1421 Wiehle Avenue, Reston Virginia.  In lieu of flowers, gifts may be given in Frank’s honor to the Intruder Association Scholarship Fund, Tunnel to Towers, Samaritan’s Purse or your favorite charity.  Burial with Full Military Honors will follow at a later date at Arlington National Cemetery.

Share Your Memory of
Frank
Upload Your Memory View All Memories
Be the first to upload a memory!
Share A Memory
Send Flowers
Plant a Tree