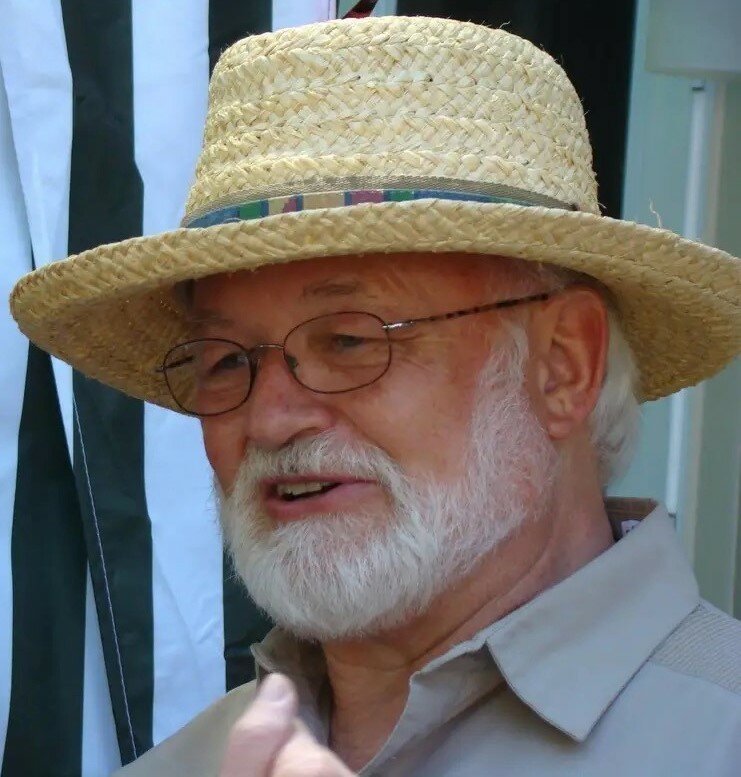 Please share a memory of Bert to include in a keepsake book for family and friends.
View Tribute Book

Albert Ray Schlabach “Bert,” 82 of Leesburg, Virginia passed away on October 28, 2022, surrounded by his loving family.

Bert was born in Clarence, NY, growing up in western New York, graduating from Eastern Mennonite High School.  He volunteered for two years at Brook Lane Hospital in Maryland fulfilling his alternative service. He attended Goshen College (IN) and graduated from Parsons School of Design (NY). While in Colorado he worked for an architect and an engineer. Later in New York City he worked doing display design at the Workbench. He co-owned and operated Shelter Goods for many years with his brother Marty in Rochester, NY.

He worked in environmental design, including graphic and exhibit design for several firms in Rochester, NY.  He was actively involved in the Rochester Area Mennonite Fellowship and later with the First Unitarian Church.  Ten years ago, he retired with his wife, Beth, in Leesburg, VA to be closer to his daughters, sons-in-law, and granddaughters. He served in several capacities on the board of the condominium association, Lansdowne Woods of Virginia, where he lived.

He was a gifted artist, designer, woodworker and had a love for music. He enjoyed taking long walks in the woods, gardening, birdwatching and being with family and friends.

A memorial service will be held on Sunday, November 20, 2022 at 2 pm at Lansdowne Woods Clubhouse Auditorium in Leesburg, VA.  In lieu of flowers and gifts, donations can be made to The Nature Conservancy.

Share Your Memory of
Bert
Upload Your Memory View All Memories
Be the first to upload a memory!
Share A Memory
Send Flowers
Plant a Tree