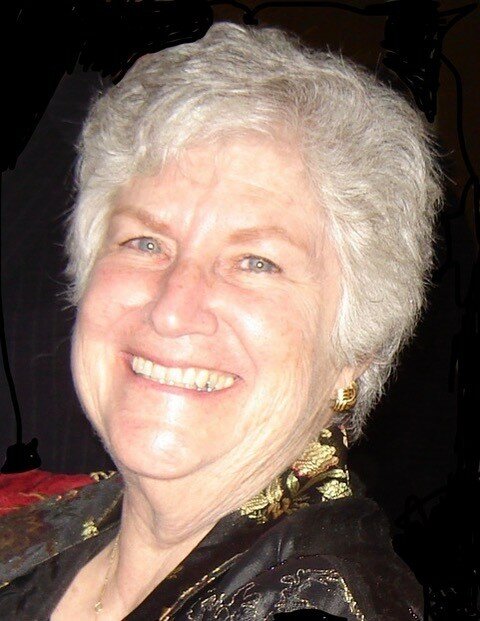 Please share a memory of Patricia to include in a keepsake book for family and friends.
View Tribute Book

Patricia Eve Singer was born to Arthur and Betty Singer in Chicago on January 30, 1942, the second of the four Singer daughters. Born while serving in WWII, Art first met his beautiful daughter when she was 14 months old: A picture of that special moment — Pat, arms outstretched, walking eagerly to embrace her Dad, who she is seeing for the first time — appeared on the front page of the Chicago Tribune. That early photo was prescient of who Pat was: Embracing life with a spirit of adventure, sense of curiosity and unfailing love for others.

When Pat was 9, her parents relocated to El Paso, TX, where Pat took up horseback riding, barrel racing and participating in junior rodeos; she also became a licensed private pilot. While in high school at Loretto Academy, in a display of her strong spirit and love for animals, Pat defied her father’s wishes and secretly adopted Zede, a German Shepherd dog she trained, loved, and hid in the garage. Pat even slept in the garage with Zede without her family knowing for a week before it became clear she could keep Zede. In El Paso (on the border of Juarez, Mexico), Pat developed her lifelong appreciation of Mexican culture and food; eventually becoming known for her Mexican cooking, especially her enchiladas! Pat was educated by the Sisters of Loretto — first at Loretto Academy, then at Webster College (St. Louis), where she studied English Literature. The Sisters’ mission, “working for justice and acting for peace,” deeply resonated with Pat and she was grateful for the strong moral foundation she received from the Sisters.

After college, Pat returned to El Paso to teach elementary school, serving the rural, Latino community of Ysleta. At a friend's invitation, Pat attended a Basic Officer Training graduation party at Fort Bliss, where one John J. McCracken, Jr. (known as “J”), a graduating officer, was in attendance. Sharing a love of good times and bringing people together, Pat and J conspired to throw several more parties…they must have been great parties as Pat and J soon fell in love and married at St. Michael’s Chapel at Fort Bliss. Art Singer bestowed his blessing on the marriage, as long as, “Zede stays!” — in this way, Art got both a son-in-law and a well-trained dog from Pat and J's union! It was in El Paso that Pat and J welcomed their first child, son John.

While their life together started in El Paso, there were moves afoot: to Washington, DC, where J attended graduate school and Pat taught elementary school in Falls Church; to Peoria, IL, where J worked for Caterpillar and Pat became a Mother for a second time, to daughter Colleen; then to Reston, VA, where Pat and J had two more children, daughter Meghan and son Ryan. Pat and J were early Restonians and Pat contributed her talents and energy to many community endeavors, including the founding of the FISH (Friendly Instant Sympathetic Help) Bargain Loft and serving as FISH’s Treasurer, then Principal Coordinator. Since its inception, Pat was an active member at St. Thomas a Becket Catholic Church. After many years of parenting and volunteerism, Pat returned to professional work in management training at Xerox, where she continued to work for 10 years.

Pat was a loving, devoted, and supportive wife, mother, and mother-in-law. “Mama Pat” was adored by her 6 grandchildren, Charlie (Natalie), Sean, Owen, Booker, Juliet and Ellis. Pat and J felt so fortunate to be able to care for Juliet for the first 5 years of her life and to welcome Ellis into their lives 4 years ago. Playing cards with her grandchildren and J was a favorite activity and many lively games of ‘Spank the Berry Bird,’ ‘Spite & Malice,’ and double solitaire were played at the kitchen table.

Pat was a loyal sister and giving aunt to her many nieces and nephews on both sides of the family. Her goodwill was boundless! She made homemade soup and meals for sick neighbors, as well as homebound in Reston through Meals on Wheels. At Church events, her brownies were legendary. When her kids and grandkids visited, fresh batches of chocolate chip cookies prepared just for them were on-hand (and readily, appreciatively devoured!). Pat was the friend who always made the time, kept confidences, and even helped you tackle nasty jobs around your house! She was a second mom to her children’s many friends. She cared about the environment and the health of our planet and was an early role model in reducing, reusing, and recycling. She was an avid supporter of free-cycling and often turned to online marketplaces to buy used items rather than buy new, so as not to create more waste in the world (plus, she loved a good bargain!). Pat's heart was open not just to people, but to nature and animals, as well. She enjoyed gardening and could bring orchids back to bloom! Not only did she compost, she cultivated composting worms! She was full of hope and faith in the next generation, especially after meeting Charlie and Natalie’s friends at their NYC wedding in January of this year.

Pat's artistic talent was evidenced early on by her drawings and water colors, and later by her quilting and fearless tackling of DIY jobs, like re-upholstering furniture and making pillows and drapes. Family and friends cherish the heirloom quilts and blankets she made them.

After a sudden illness, Pat died on October 28, 2022, surrounded by her husband and children, and a daughter- and son-in-law, all holding hands in a circle of prayer and love. At her passing and in our lives, Pat was the beginning and end of this circle of love. While she is gone much too soon, we are grateful for having her in our lives and the imprint of her boundless love remains strong. Pat's radiant smile, the twinkle in her eye, her keen wit, intellect and sense of adventure, as well as her profound thoughtfulness, are lovingly remembered and cherished by all she touched, which were many.

A funeral Mass will be celebrated at 11AM, December 12, 2022 (the feast day of Our Lady of Guadalupe, honoring Pat’s affinity for Our Lady) at St. Thomas a Becket Catholic Church, 1421 Wiehle Avenue, Reston, VA 20190. Burial will take place at 2PM, December 13, 2022, at Cool Spring Natural Cemetery, 901 Cool Spring Lane, Berryville, VA 22611. If desired, donations in Pat's name may be made to: Sisters of Loretto, Nerinx, KY, lorettocommunity.org or Annunciation House, El Paso, annunciationhouse.org.

Share Your Memory of
Patricia
Upload Your Memory View All Memories
Be the first to upload a memory!
Share A Memory
Send Flowers
Plant a Tree