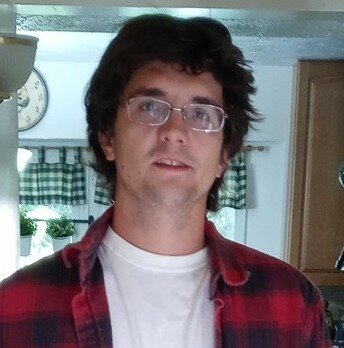 Please share a memory of Luke to include in a keepsake book for family and friends.
View Tribute Book

Luke was born on Christmas Day, 1999 in Freehold NJ, the middle child of three. He enjoyed legos, traveling with his grandparents, playing xbox with his brother, and making snow-forts every winter with his siblings. At age 10, he moved to Santa Barbara, CA where he lived with his mother, stepfather and sister. During his early teens, he took lessons in sailing, volunteered at the Santa Barbara Sea Center as a docent and was a member of Junior Statesmen of America club in school. A respected Life Scout member of troop 36, he enjoyed many camping and tidepooling trips and was elected to membership in the honorable Order of the Arrow. Luke discovered his passion for snowboarding every year at Big Bear with his family. He also loved playing the guitar and began building them as well. At 17, Luke moved to Sterling, VA where he could spend time with his father while completing High School. After some time, he decided to change course and write his own story, traveling freely around the country by rail and road, visiting nearly every state with his beloved dog Cersei, his girlfriend Pearl and her dog Jack. His brother Mark met him in many of these places like Phoenix, Texas, Colorado and Southern California to witness and join in his journey, and he was known nationwide by name to the traveler community. At age 22, weary of the road he took up a new career as an auto mechanic, a skill he has been building over the years. He passed unexpectedly and peacefully in the early hours of Monday, November 7, Luke is survived by his mother and stepfather, Lydia & David Swanson; his father and partner Erik Wagner and Susan Antonacci; his grandparents Andrew and Elisabeth Meyer of Millburn, NJ and grandmother Nina Wagner and uncle William Wagner of Kerrville, TX; Luke's partner Pearl Wilson, of Colorado; his brother Mark Wagner of Las Vegas, and sister Annika Wagner, of Santa Barbara, CA; and his beloved dog Cersei. He will be missed very much by all.

Share Your Memory of
Luke
Upload Your Memory View All Memories
Be the first to upload a memory!
Share A Memory
Send Flowers
Plant a Tree