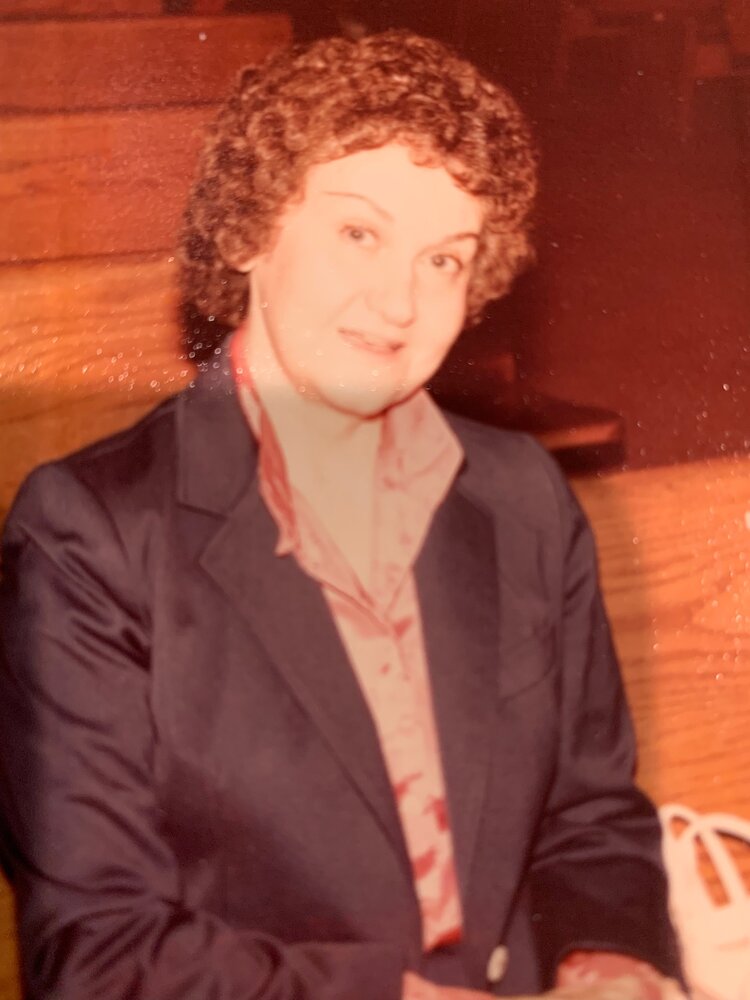 Please share a memory of Adelaide to include in a keepsake book for family and friends.
View Tribute Book

Adelaide Marie Fairfield, a resident of Herndon, died November 11, 2022 at Reston Hospital Center.  She was 92.  Born in Chicago, Illinois on December 24, 1929, she was the only child of Walter P. and Charlotte C. Denis.  Upon her graduation from Foreman High School in 1948, she went to work in the billing department of the Catholic school division of Scott, Foresman & Company, a textbook publisher.  She married in 1950.  With the impending birth of her first child in 1951, she quit to become a homemaker raising her children in suburban Chicago.  In 1967 she moved with her husband and 3 children to Summit, New Jersey, where she remained for all but the final two years of her life.  In 1977 she re-entered the workforce joining the Chubb Insurance Group in its policy production department eventually rising to a supervisory position.  She retired after 20 years in 1997.

In retirement, she volunteered her time and talent to the American Red Cross of New Jersey, working in its Summit chapter for over 22 years.  For much of that time, she managed the transportation program which provided free rides to seniors with medical appointments.  An immaculate housekeeper, Adelaide took pride in the cleanliness and organization of her multiple households, in particular her single-family home of 45 years in Summit.  In her day, Adelaide was an accomplished bowler but she also enjoyed skiing and painting.  She loved her many cats, each named after an Indian tribe, whom she treated as pampered members of the household.  Her marriage to the late John Fairfield ended in divorce.

She is survived by three children: Jeffrey of Herndon, Patricia of Washington, D.C., and John of Brookville, Indiana, together with 8 grandchildren and 4 great-grandchildren.

Family will receive friends at Adams-Green Funeral Home on Monday, November 21 from 4 p.m. to 5 p.m.  A remote memorial service is planned for December. Private interment will occur at a future date at Queen of Heaven Cemetery in Chicago.

In lieu of flowers, the family suggests a donation to the American Red Cross or to your favorite charity.

Share Your Memory of
Adelaide
Upload Your Memory View All Memories
Be the first to upload a memory!
Share A Memory
Send Flowers
Plant a Tree