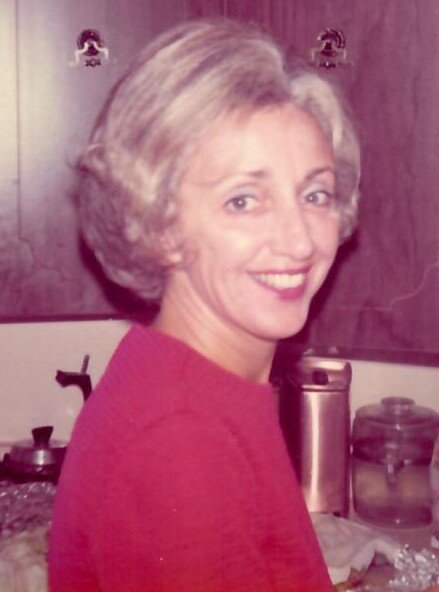 Please share a memory of Angela to include in a keepsake book for family and friends.
View Tribute Book

Angela Joan Palumbo, 91, passed away on Monday, November 14th, 2022 at INOVA Loudon Hospital in Leesburg, VA.  She was born in Cleveland, Ohio, a daughter of the late Carl and LaDonna Augustine and sister of the late Theresa Augustine.

Angela graduated from Case Western Reserve.  She loved dancing, singing, acting, traveling, cooking, and watching live entertainment and the PGA Tour.  She was very energetic and loved talking to people.

She was the wife of the late Dominic J. Palumbo and mother of the late Renee Palumbo.  Survivors include two children, Dominic Palumbo, Jr. (Pam), and Claudia Palumbo (Dawn); and two grandsons, Dominic III and Aaron.  A service and inurnment at Arlington Cemetery will take place at a later date.  Adams-Green Funeral Home and Crematory has the honor of serving the family.

Share Your Memory of
Angela
Upload Your Memory View All Memories
Be the first to upload a memory!
Share A Memory
Send Flowers
Plant a Tree