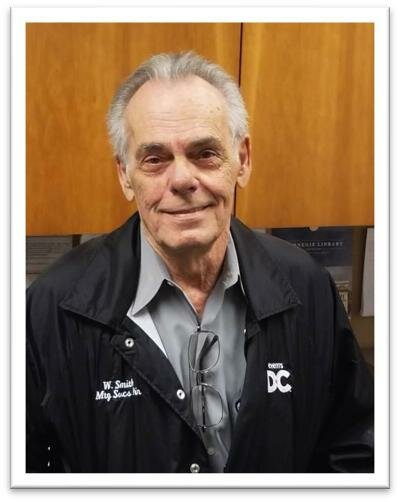 It is with a heavy heart that I share with you the news that our beloved William “Bill” Smith
passed away the morning of December 2nd, 2022.
Bill graduated from Forest Hills Highs School in Queens, New York and for a period attended
Brooklyn College. He spent 24 years in various roles at Ogden Aviation, initially serving as
Senior Vice President for Food Services, and later Chief Operating Officer. He served as the
Executive Vice President of Program International until joining Aramark Sports and
Entertainment Facility Services where he served in several capacities, including General
Manager, right here at the Walter E. Washington Convention Center before joining Events DC as
the Director of Meeting Services in 2011.
Bill was blessed with a large and loving family and lived vicariously through his children and
grandchildren. From playing video games to attending sports games with them, teaching them
card games, solving puzzles, spinning tall tales and sneaking sweets, he brought affection and
joviality into everything he did and to anyone he spent time with. Anyone who knew Bill could
recognize his love for confectionaries, whether he was up at the Elks with a bag of gumdrops to
watch the Giants game, at work where he always received baked goods from an old friend, or at
home where he asked his daughter at least once a week, “Hey, where are my snickerdoodles?” A
sweet man with an even sweeter tooth, Bill was a force of nature, determined to provide for his
family to give them the life they deserved. His family meant more to him than anything else in
the world, something he proudly – and often – mentioned.
Charming, generous, selfless, and congenial, Bill was a widely respected man with a heart of
gold. He would go through substantial lengths to anyone who needed it, his greatest joy in life
stemming from his innate ability to help others and treating each person as if they were one of
his own.
Bill was fondly referred to as a kind soul, with a hearty laugh and warm smile. He valued human
connections and built strong relationships not just with friends and family, but also where he
worked. Those connections are apparent when you see the legacy of Bill’s leadership. He did not
just spend time training and developing his team members, or preparing them for leadership
roles, but in many instances, teaching them to be men and women of substance. Bill led with his
heart. There were many a day when someone on the team might have gone without a meal, been
facing eviction or just needed a good listener...Bill was there. He was all those things, a real man
for all seasons, who loved with his whole heart and gave with his whole soul. To say that Bill
Smith will be missed is an understatement.
The pain of this loss is significant and as we process through our own emotions and reflect upon
our memories of him, know that this extraordinary show of love and support has meant the world
to us, too. Bill is survived by his children Michelle and husband Christopher Brookbank, Bradley
Griffith, Sam and partner Van Dillard, Keri Smith, Alanna and husband Jayme Poyner, Tara and
husband Jon Okun, and Chris Smith; His grandchildren Arya, Kristen, Ben, Jack, Andrew,
Mackenzie, Breanna, and Charlie follow.