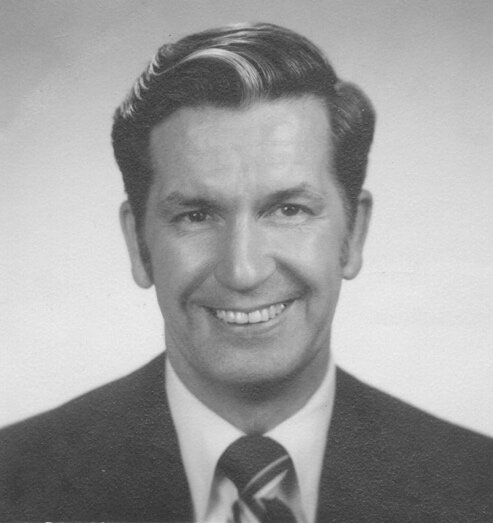 Please share a memory of Gene to include in a keepsake book for family and friends.
View Tribute Book

Gene Edward Hollen, 92, of Ashburn, VA passed away surrounded by his family on December 3, 2022.

Gene was born on August 29, 1930 to Rasel K. and Ruby Kathleen Hollen.  He graduated from Miami University in Oxford, Ohio and earned his masters from Columbia University. He served in the Navy from 1952-1954.  He started his career with Vick Chemical and then went on to spend many years with Johnson & Johnson (J&J), where he ran the Patient Care Division and also helped to pioneer the wellness industry by creating J&J’s acclaimed “Live for Life” program.

He married Shirley Haabestad in 1956.  They had 3 children and eventually settled in Bernardsville, NJ.  They retired to Skidaway Island in Savannah, GA and spent 20 beautiful years there playing plenty of golf and tennis.  More recently, they moved to Ashburn, VA to be closer to family.

Gene understood and enjoyed people. He was a role model for his family and those who knew him, living his life in a way that never compromised the values that were important to him- hard work, responsibility, leadership, honesty and integrity, discipline, perseverance, faith, and service to others. After retiring, he founded a not-for-profit organization which was dedicated to promoting leadership and was very active in his church.

Gene is preceded in death by his parents.  He is survived by his wife of 66 years, Shirley, his 3 children- Ken, Jim (Heidi), and Deb (Scott), and 9 grandchildren.

A private service was held on December 7, 2022, at Stonewall Memory Gardens in Manassas, VA.

In lieu of flowers, donations may be made to Miami University Foundation:

The family wishes to thank the Ashby Ponds staff at Maple Grove for their excellent care and service during Gene’s time there.

Share Your Memory of
Gene
Upload Your Memory View All Memories
Be the first to upload a memory!
Share A Memory
Send Flowers
Plant a Tree