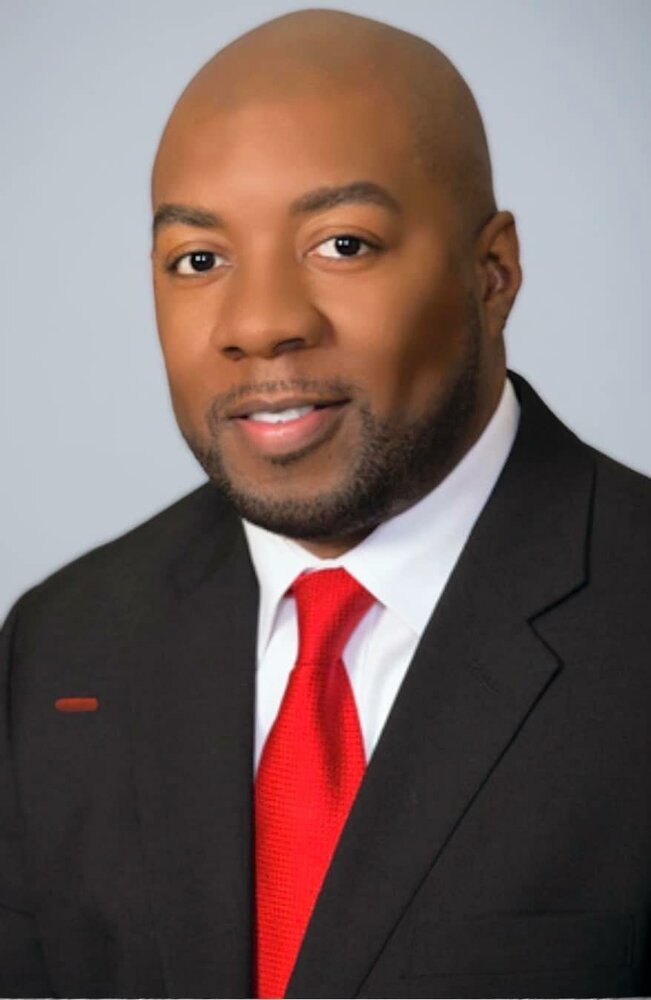 Please share a memory of Emerson to include in a keepsake book for family and friends.
View Tribute Book

Emerson Vonshaun Steele was born December 12, 1977, in Jacksonville, Florida to Emerson and Debora Steele.  He grew up alongside his sister, Shaquana. As a child, Emerson attended St. Joseph’s Baptist Church where he was in the youth choir, member of Young Men of Christ, he was an usher, and the vice president of the youth ministry.  Throughout his life, his faith never wavered, and the church always held a special place in his heart.

After high school, Emerson attended Florida A&M University (FAMU).  While at FAMU, he became a proud member of Kappa Alpha Psi Fraternity, Inc., Alpha Xi Chapter.  He graduated in 1999 with a Bachelor of Science in Civil Engineering, with a minor in architecture.

Emerson began his career with Hensel Phelps Construction Co. soon after graduating from college in 1999.  His first project was FCI – Butner, where he was a field engineer.  Emerson worked his way up to project manager. He spent 14 years as a project manager, working on many notable projects such as the Donald W. Reynolds Center for American Art & Portraiture, T.C. Williams High School, Columbia Place Hotel and Apartments, and the Washington DC Convention Center Alternate Care Facility.  Emerson was an avid supporter of Hensel Phelps’ young employees, participating in the orientation for new hires, supporting the Diversity and Inclusion Team, and assisting in recruiting.

Emerson became a member of Kappa Alpha Psi – Alpha Xi Chapter in the Fall of 1996. Once in Virginia, Emerson continued his involvement and was a lifetime member.  He was active in the Dulles-Leesburg Chapter and held the titles of Keeper of Records and Second Vice-Polemarch.  He, along with his brothers, were working on starting the GMAC Chapter, which would cover the Gainesville and Manassas areas.

After watching a dear friend turn their life around, Emerson had a calling to the ministry.  This subsequently led him to become a trustee at Mt. Olive Baptist Church.  From there, he became a deacon, elder, and pastor at New Wineskins Covenant Fellowship.  Emerson participated in many ministries, including men’s counseling.  Alongside his wife, Emerson also participated in couples counseling.

Emerson married the love of his life in 2008.  Emerson and Yvette shared a special connection that could be seen by everyone around them.  They were together for 17 years and married for 14.  The two celebrated their ten-year anniversary by renewing their vows in 2018.  Together they loved to travel, attended gospel concerts, painted, and watched football.  They also worked closely together with their non-profit, Just A Diva Encouraging Ministries (JADE), where Yvette is the founder and visionary and Emerson was the chief financial officer.  Emerson always said that Yvette made him a better man and many said their love for each other was breathtaking.

Emerson was a devoted husband, pastor, father, son, brother, and friend.  He is survived by his wife Yvette; six children – Shante’ (Kahlil), Pierre (LaShell), Jah’naye, Brandon, Emerson, and Steven; grandchildren, Makayla and Asher; mother, Debora; sister, Shaquana; nephew, Jaylen; niece, Tameia; and a host of loving family and friends.  He was preceded in death by his father, Emerson, Jr.

Donations Can Be Made to the Following:

Share Your Memory of
Emerson
Upload Your Memory View All Memories
Be the first to upload a memory!
Share A Memory
Send Flowers
Plant a Tree