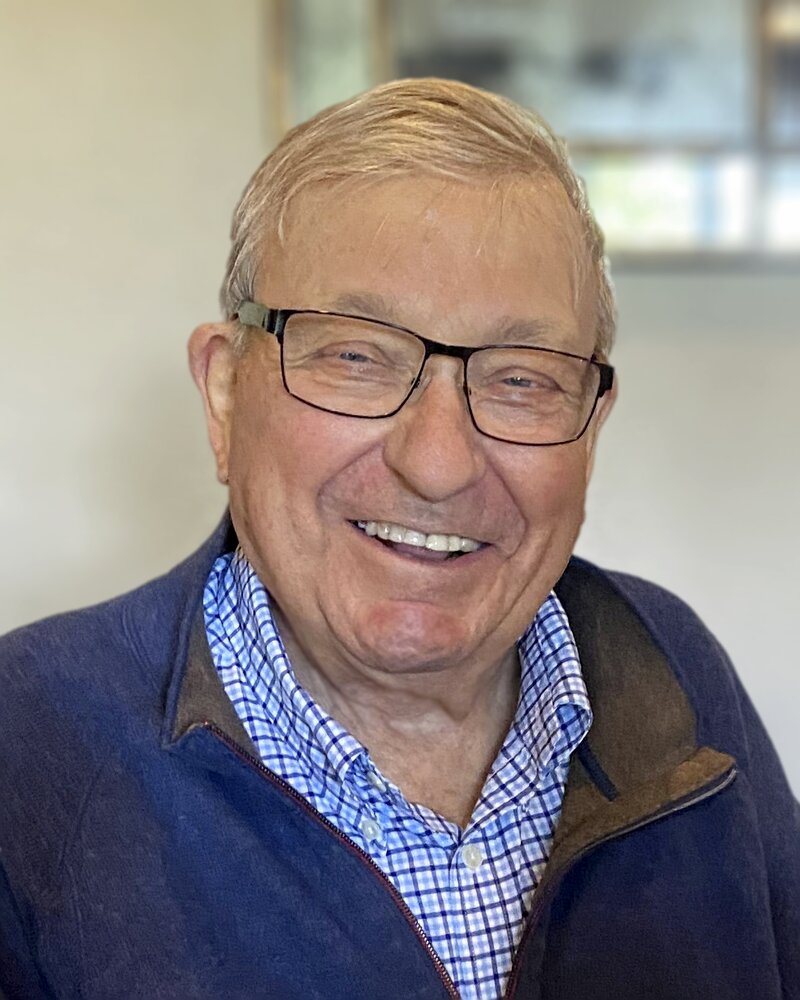 John Franklin Norcross was born on May 30, 1932, in Springfield, Massachusetts as the first and only child of Kathryn Jarvis and James Franklin Norcross II. At age 6, John’s family moved to his grandfather James Franklin Norcross’s house in East Longmeadow.  His grandfather built the house in the 1880's after he was sent by his father and uncle, the Norcross Brothers of Worcester, to operate the brownstone quarries they had purchased in 1876. From an early age, John was socially busy in the Boy Scouts with teaching canoeing, swimming, and rowing over the summer.  He was selected by his peers to be a member of the Order of the Arrow honor society.  At the age of 12, John formed a local football team, called the Eagles, that never won a game.

While attending Classical High School in Springfield, John played saxophone in the band and orchestra and lettered in soccer.  John always had fun and the stories included one of “his friends” swinging from a chandelier at a party.  Upon graduation in 1950, John attended the Wharton School of Finance and Commerce at the University of Pennsylvania graduating in 1954 with a degree in Industrial Relations. While in college, John was the office manager for the school yearbook, personnel manager of the campus newspaper, and the president of Alpha Chi Rho fraternity.  During his fraternity presidency, he honed his skills as an accomplished theme party thrower.

After college, John joined the U.S. Army as a second lieutenant in the artillery where it was determined that his eyes were not good enough to see where or what the artillery shells were hitting.  He was then transferred to the Ordnance Corps in Nancy, France where he travelled throughout Europe on the weekends and was eventually honorably discharged as a first lieutenant in 1956.

Upon returning to the U.S., he took his first job with IBM working as a systems analyst in Portland and Augusta, Maine to sell the first computer in the state to Central Maine Power Company.  He then was promoted to a technical writer for application manuals for the IBM sales force.

In 1964, John met Cleta Iverson in New Haven, Connecticut.  Cleta was an art teacher from Ellsworth, Iowa. Their chance meeting at a party led to a marriage of nearly 52 years.

In 1968, the couple welcomed their first child James Franklin Norcross III (Jimmy). Within three weeks, the family moved across the country to Galveston, Texas as John took on a new job as a plant manager for Vi-Tex packaging.

A promotion took the family to Suffolk, Virginia in 1980. While there, John helped raise money for the Virginia Symphony Orchestra. He also served as a leader at Glebe Church, the North Suffolk Social Club, and Institute for Learning in Retirement.

In 2003, John established Cedar Point Croquet, a monthly gathering filled with dozens decked out in white enjoying drinks and fun while playing a little croquet on the side.

John and Cleta formed many friendships, leading to dozens of cocktail parties, European excursions, and 30 years of boating trips up and around Bennett’s Creek.

In his final years, after Cleta passed away, he moved to Northern Virginia to be closer to his children and grandchildren.

John will be remembered through his children Jimmy and Sarah; their spouses Jill Conroy and Mike Lehman; and his two grandchildren Jack and Max.

In lieu of flowers, John requested donations to his childhood home, the Norcross Center, which is now a non-profit used for historical education, arts and crafts galleries, and you guessed it - parties!

The Friends of Norcross Center, Inc.