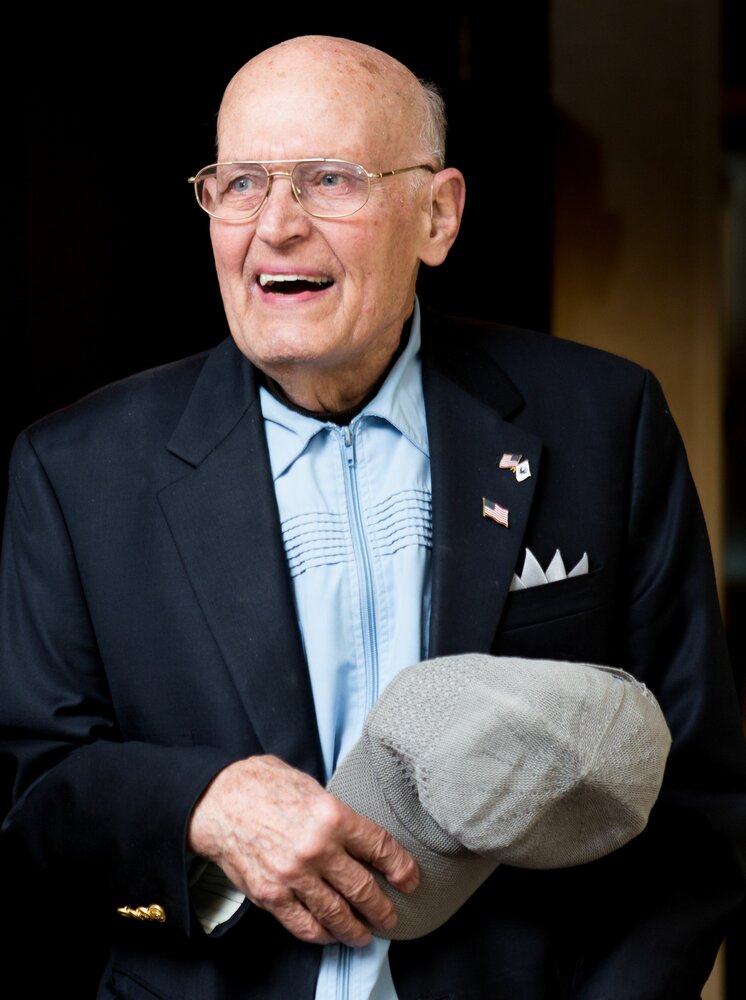 Please share a memory of Raymond to include in a keepsake book for family and friends.
View Tribute Book

Raymond (Ray) Norbert Zogran (age 90) of Potomac Falls, VA died peacefully on December 11, 2022 surrounded by his family. He was predeceased by his wife of 60 years, Jody Zogran and grandson Jarryd, and is survived by four children, Dan (Jackie), Carol, Tracy Fox (Don), and Martin (Patrick), 10 grandchildren, six great grandchildren and many loving nieces and nephews.

Ray was born on February 27, 1932, to Stanley and Sophie (Gaca) Zogran in Munhall PA. He graduated with Honors from the United States Merchant Marine Academy in Kings Point, New York in 1954. It was also in 1954 that Ray married the love of his life, Jody, who he met on New Year’s Eve. If the story is to be believed, Jody told a girlfriend that night that she had met the man she was going to marry, despite having to buy him dinner because he didn’t have any money. From 1954 to 1956 Ray served on active duty in the United States Navy, and he and Jody also started their family. After the arrival of children, Ray continued his education, receiving a Master’s degree with Honors in Mechanical Engineering from Carnegie Mellon University. He also continued to serve in the Naval Reserve until retiring as a Commander.

Most of Ray’s professional life was spent as a pioneer in the field of nuclear engineering. After working at Westinghouse Corporation, he was one of the first nuclear engineers hired by MPR Associates in Washington D.C. This led to Ray, Jody and their four young children moving from Los Angeles to the Washington D.C. area where he remained for the rest of his life. Among his notable professional accomplishments was serving as the lead engineer of a four-member team that was awarded a patent for a Nuclear Reactor Thermoelectric Power Plant for Underwater Operation, which was instrumental to the United States Navy. He was also one of the first engineers to suit up and investigate the nuclear reactor accident at Three-Mile Island.

In addition to his love for all things science, Ray could fix or engineer just about anything, from the grandfather clock he built with his oldest son, Dan to assembling a Radio Shack television and soldering every transistor and diode on the circuit boards to being one of the first people to own a home computer.

Fitness and being physically active were also constants in Ray’s life and a trait he passed on to all four kids beginning when he and his wife, Jody were members of the Potomac Appalachian Trail Club and would take their children and friends on epic adventures in the Blue Ridge Mountains.

Ray was an avid handball player and enjoyed running, windsurfing, and snow skiing, taking his last ski runs past his 80th birthday at his beloved Blue Knob ski area. The small ski chalet that Ray and Jody bought in 1980 was a second home for them and their extended family.  Navigating the icy slopes of Blue Knob became a right of passage for aspiring in-laws and grandchildren alike. Days on the slopes were followed by fires in the fireplace, food – preferably Polish - wine and countless games of Euchre.

Following his retirement from MPR, Ray and Jody spent many years “on golden pond” at their lake house at Lake of the Woods in Orange, VA. They had the biggest dock on the lake, a boat, hot tub and pool table, where all the kids and grandkids enjoyed water skiing, fishing and swimming.

Ray and Jody enjoyed traveling around the world with adventures including climbing Machu Picchu, zip-lining in Costa Rica, riding camels in Egypt, sharing their Polish heritage and tracing Jody’s roots in Poland. Ray and Jody were also people of deep faith and made pilgrimages to Jerusalem, Lourdes, the Vatican, and Oberammergau.

If there were ever a life well lived, it was Ray’s, and no legacy was more important to him than the love he shared with his wife Jody, their children, and grandchildren.

A private graveside funeral service will be held Monday Dec. 19th at Resurrection Cemetery in Clinton, MD. Memorial donations  may be made to the USMMA Alumni Association and Foundation, Inc. www.usmmaalumni.com/donate or Rotary International, End Polio Fund (www.rotary.org/myrotary/en/take-action/end-polio)

Share Your Memory of
Raymond
Upload Your Memory View All Memories
Be the first to upload a memory!
Share A Memory
Send Flowers
Plant a Tree