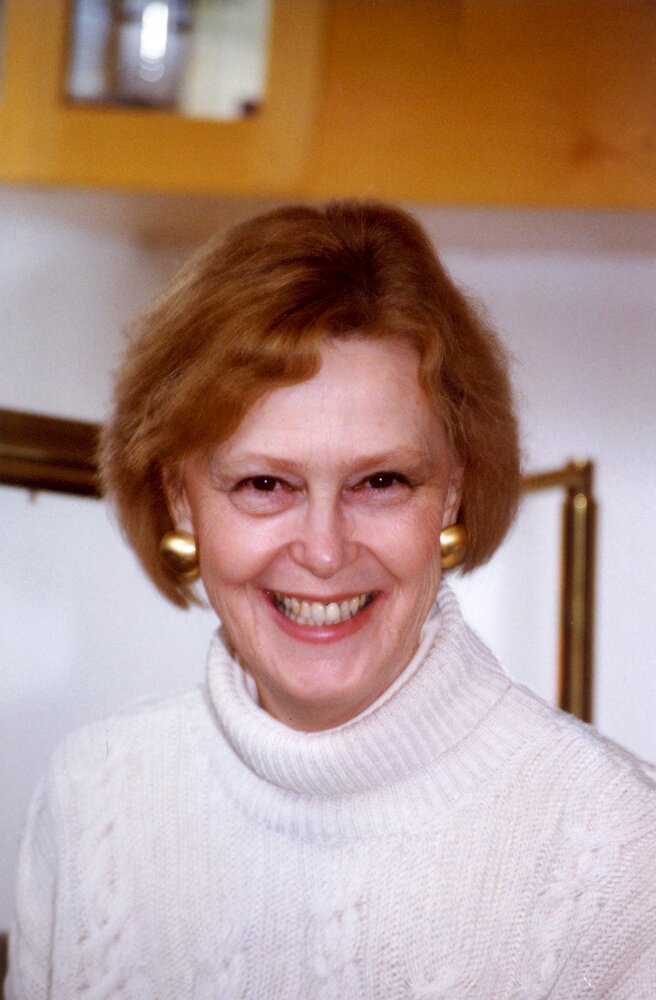 Please share a memory of Janice to include in a keepsake book for family and friends.
View Tribute Book

Janice Rae Rau of Reston, Virginia, died January 2, 2023, at Reston, Virginia.   She was born in Inglewood, California, to William R and Lois M (nee Cain) Childress, on February 16, 1940.  She was raised in Alhambra and then Monrovia, California where she graduated from Monrovia-Duarte High School in 1957.  Among other activities, she was a class officer and a homecoming princess.  Her classmates voted her one of eight of their number who they deemed most likely to succeed.  She began her college education at Citrus College in Glendora, California where, in 1959, she was named Outstanding Female Student of the Year and elected to the Alpha Gamma Sigma honor scholarship society.  Among her many activities, she was President of the Associated Woman Students, which organized social activities for the student body and sponsored concessions at sporting events.  Subsequently, in 1962, she received a degree in fine arts, with honors, from UCLA; followed by a teaching certificate from that school a year later.  While teaching second grade at Enadia Way Elementary School in Canoga Park, California, she met her husband to be, Lee Rau who was then studying law at UCLA.   Their first date almost didn’t happen, as the day before, President John F Kennedy was assassinated.  Fortunately, they were not deterred, resulting in a marriage that lasted almost 59 years, and was blessed with three sons.  Jan and Lee were married in Arcadia, California, on June 27, 1964.

Jan was an aesthete.  She had a deep knowledge of art history, sophisticated aesthetic taste and was a talented artist.  She contributed her knowledge and skills to several community organizations, such as her church, the Reston Historic Trust and the Greater Reston Arts Center (“GRACE”).  For the latter, she organized member artists to create Christmas ornaments in support of an annual Holiday fundraiser.  For her part, her contributions included a series of ornaments that featured traditional Amish quilt designs which she called “Orbulars.”  For many, her Oribulars became a holiday tradition.  She also served on the board of directors of Reston Interfaith, now known as Cornerstones, an interfaith social services organization, based in Reston, Virginia; as a Deacon of her church, Good Shepherd Lutheran; and, as a leader of the church’s social ministry committee.   It was common for friends and complete strangers to seek her advice and aesthetic opinions.  One such incident occurred at an Ikea store in Newark, New Jersey.  There, three college boys overheard Jan advising son Patrick on furnishing his new apartment in Hoboken and asked her to help them too.  She jumped right in until they had selected everything they needed.

She is survived by her sons, Brendan, Patrick, and Brian; her daughter-in-law, Brenda, wife of Patrick; and her sister, Wanda Sue Parrott.

Above all, Jan was a beautiful person both physically and spiritually.  She had a marvelous wit and enjoyed a good laugh.  She was also uniformly kind to people and was widely cherished.   Everywhere she went in Reston, she would engage with people including complete strangers who often ended up treating her like a long-lost friend.  At the end of Sunday morning church services, she was often the last person to leave the narthex as friends and admirers would gather around her.  She will be deeply missed.  Blessed be her memory.

Share Your Memory of
Janice
Upload Your Memory View All Memories
Be the first to upload a memory!
Share A Memory
Send Flowers
Plant a Tree