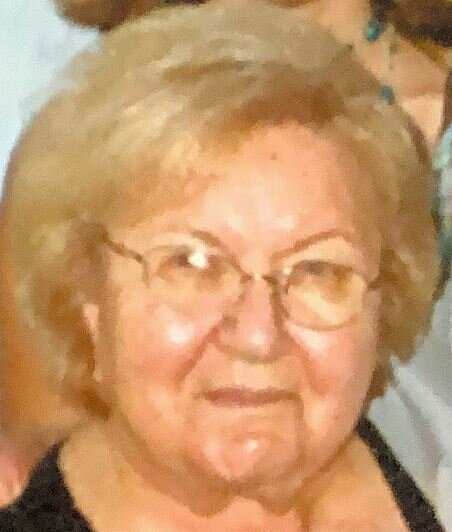 Please share a memory of Florence to include in a keepsake book for family and friends.
View Tribute Book

Florence Pearl Levitt passed away swiftly and peacefully on January 4, 2023 at the age of 94.  She was undergoing her daily routine and interacting with her favorite nurse one minute, and then gone the next. The world lost a very special person that day.

Florence was predeceased by Howard, her devoted husband of 69 years, and her younger sister Rita (Raider), who passed away only ten days before her. She is also predeceased by her dear son-in-law Kent Romanoff. She is survived by her three children Leonard (Luann), Richard (Merrie) and Amy Romanoff. She is also survived by her eight grandchildren Adam (Jen), Juliana, Sasha Levitt Clough (Rick), Veronica, Andrea Romanoff Bailey (Garrett), Avi, David (Laura Beth), and Danielle Romanoff. She leaves behind five great-grandchildren: Eleanor, Isla, Tanner, Willa and Cade.

Born Florence Schenk on September 18, 1928, she spent her early life in the heart of the Great Depression, living in a small apartment in the South Bronx with her younger sister Rita and her parents Aaron and Clara (Rettig). She attended Taft High School in the Bronx and was one of very few women who graduated from CCNY with a degree in Business Administration. That is where she met the love of her life Howard and their close-knit group of friends who stayed connected throughout their lives.

When Florence married Howard in 1950, they moved into a one-bedroom apartment in the Bronx, where they lived when Leonard was born. With a growing family they moved out to a co-op in Flushing, Queens, to make room for Richard and Amy. While her family was always her top priority, Florence worked as a substitute teacher and a social worker during much of their childhood. She managed to grocery shop, cook, discipline and help with homework, after commuting by bus to her job. And she always made time for her weekly visit to the hair salon.

Howard had a dream to retire in California, so after 20 years in Flushing he identified a business opportunity in Southern California and convinced Florence to make the really big move to the west coast. There she became a college admissions administrator at Cal State Long Beach and learned to love the California weather and lifestyle, including taking up golf (but never learned to drive despite living in California for the next 40+ years).

After retiring, Howard and Florence moved to Northern California to be close to Richard’s and Amy’s families (which included 5 grandchildren). There they were extremely active grandparents, chauffeuring, attending weekly sporting events, and ensuring all local grandchildren never missed out on anything they would benefit from. After Richard and his family moved to Southern California, Florence and Howard moved into an apartment attached to Amy and Kent’s home where three generations of family lived together for ten years. In 2016, they followed Amy and Kent up to Bellingham, Washington, just south of the Canadian border.

In March of 2019, after almost 50 years on the west coast, they moved back east to an apartment in northern Virginia so that Leonard could take over as their primary caregiver and they could be closer to their 2 young great-granddaughters. Losing Howard in December 2019 was traumatic but she battled on, surviving cancer, two strokes, a Covid hospitalization and diabetes, until her heart finally gave out.

Florence (often called Flobie or Flo) has always been a force of nature and fiercely protective of her family. She was a tough and strong New Yorker, with the biggest heart for those close to her, as well as the people close to them. Our friends became her friends. Countless people relied on her to listen carefully and offer wise advice. She felt that it was her job to keep her family safe and she was a devout worrier, so she dedicated time every night before bed to pray for each of us. Her legacy is being a loving leader and role model for her children, grandchildren and great grandchildren. Florence taught us the importance of family and the gift of unconditional love. We will miss her dearly and carry her memory with us always.

Share Your Memory of
Florence
Upload Your Memory View All Memories
Be the first to upload a memory!
Share A Memory
Send Flowers
Plant a Tree