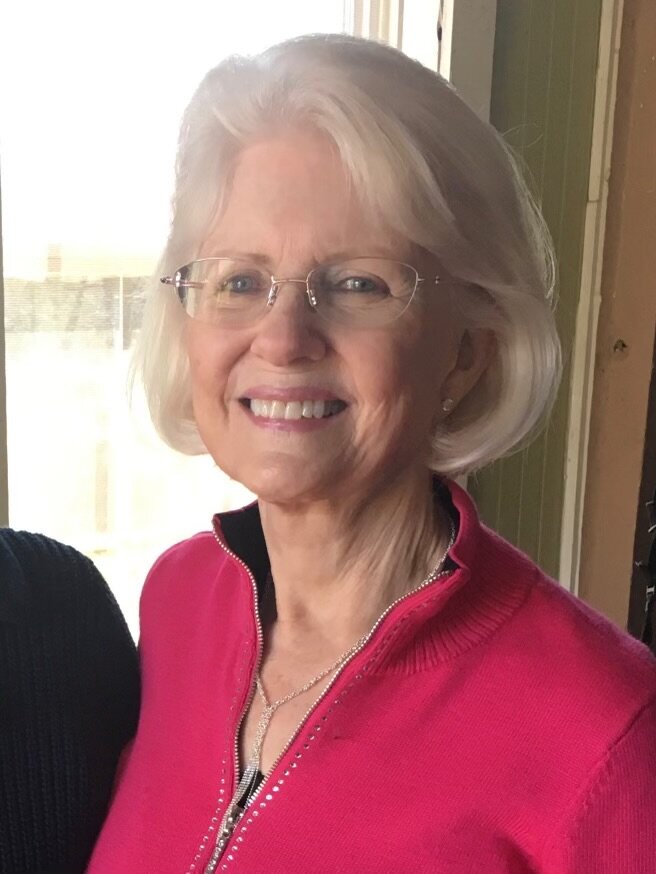 Please share a memory of Diana to include in a keepsake book for family and friends.
View Tribute Book

Diana Furman Skapars, 84, of McLean, Virginia passed away peacefully with her family by her side on January 19, 2023 at The Johns Hopkins Hospital after a brief but hard-fought battle with lung disease.

The tireless matriarch of her large, Catholic family, Diana is survived by her beloved husband of 64 years, Anthony Skapars, and their five children, Linda (Randall, dec.) Herington, Cynthia Bartlam, Sandra (Wm Jackson) Matney, James (Paulette) Skapars, and Thomas (Crystal) Skapars. Diana leaves behind 14 cherished grandchildren: Brooke, Russell, Jacob, Alyssa, Andrew, Joseph, Wm Ryan, Kenneth, Blair, Elizabeth, Caitlin, Thomas, Lisette, and Saskia.  She will forever be remembered by her grandchildren as “Grandmommy.” A proud middle child, “Dee Dee” is also survived by her older sister, Viola Lassen, and younger brother, Dr. Joseph Furman (Sheila), as well as a wealth of nieces and nephews, all of whom were dear to her heart.

Diana was a loving wife, a devoted mother, and a special friend to all. She was a beautiful, gracious and selfless woman, who was the beating heart of her family.

Diana was born in Washington, D.C. to the late Francis Joseph Furman and Mildred Myrteen Sisson Furman and grew up in the District of Columbia and Chevy Chase, Maryland. She attended Blessed Sacrament Elementary, Holy Cross High School, and Mount Aloysius College. Diana met her husband, Tony, through his sister, Anna, while both were employed at the National Bureau of Standards. In fact, their first date almost wasn’t - they found themselves on opposite sides of a double date - but after they caught one another sneaking glances in the rearview mirror, the rest was history. Diana and Tony raised their five children in the suburbs of Washington, D.C., moving from Arlington to McLean in 1983, as the fourth child in a row was graduating from Bishop Denis J. O’Connell. A devout Catholic and active parishioner of St. Ann’s in Arlington and later St. Luke’s in McLean, Diana volunteered as a Legion of Mary member, attended daily Mass, and later, her rosary group.  She was heavily involved in her childrens’ schools, and during her years with the Woman's Club of McLean, she made many treasured friendships. Diana was also a Daughter of the American Revolution.

Always the last to bed and the first to rise, Diana’s energy knew no bounds. She spent her life caring for others through acts of service and prayer. As a young mother with a household full of children, she dedicated countless hours to the well-being of elderly neighbors, often with little recognition, and always quietly. Later in life, she did the same for aging family members in need, humbly prioritizing the physical needs of others above her own needs, even when in pain.

Diana’s genuine interest in others always shone through. Her loved ones could count on a phone call to commemorate an anniversary, a successful surgery, or a job promotion. She celebrated every family member's birthday with great energy, sending handwritten cards and making their favorite dessert. She remembered the little things, like everyone’s favorite meals, snacks, or drinks, and would serve them specially for individual visitors. A ubiquitous presence in the lives of her five children and fourteen grandchildren, Diana attended countless Catholic Sacraments, graduations, sporting events, band performances, dance recitals, theater productions, and more. She loved her FaceTime calls with the newest grandchildren in California, bonding with them even as infants.  She answered every phone call, available to listen with a close ear and open heart and had the rare ability to not only be a great storyteller, but a thoughtful listener. She encouraged and motivated family and friends through their challenges and was the first to cheer them on when there was reason to celebrate.

A role model as a wife, mother and grandmother, Diana was a caretaker to everyone, with family visiting regularly and often. An incredible hostess, her home was a busy one. When word spread that she loved frogs, she found herself graciously accepting frog-themed knick-knacks - for decades - and her home slowly filled with the smiling faces of whimsical frogs. Diana loved her "girls’ trips” with female family members, and the annual Skapars family beach vacations, which she anticipated all year long. Everyone who knew Diana has cherished memories of her and knows that Heaven is enjoying a splash of pink now that she has arrived!

All friends are welcome to the Funeral Mass of Diana Skapars at 10 AM on January 28, 2023 at St. Joseph Catholic Church in Herndon, VA. Interment will follow at Fairfax Memorial Cemetery. After interment, all are invited to gather in the St. Joseph’s parish hall to share in commemorating her life.  In lieu of flowers, memorial contributions may be made in Diana's name to the American Lung Association and sent via the website: www.lung.org/get-involved/ways-to-give or via mail at the following address: American Lung Association, National Direct Response Headquarters, PO Box 756, Osceola, WI 54020-0756. If mailing your donation, please be sure to include the filled out printable Honor donation form.

Share Your Memory of
Diana
Upload Your Memory View All Memories
Be the first to upload a memory!
Share A Memory
Send Flowers
Plant a Tree