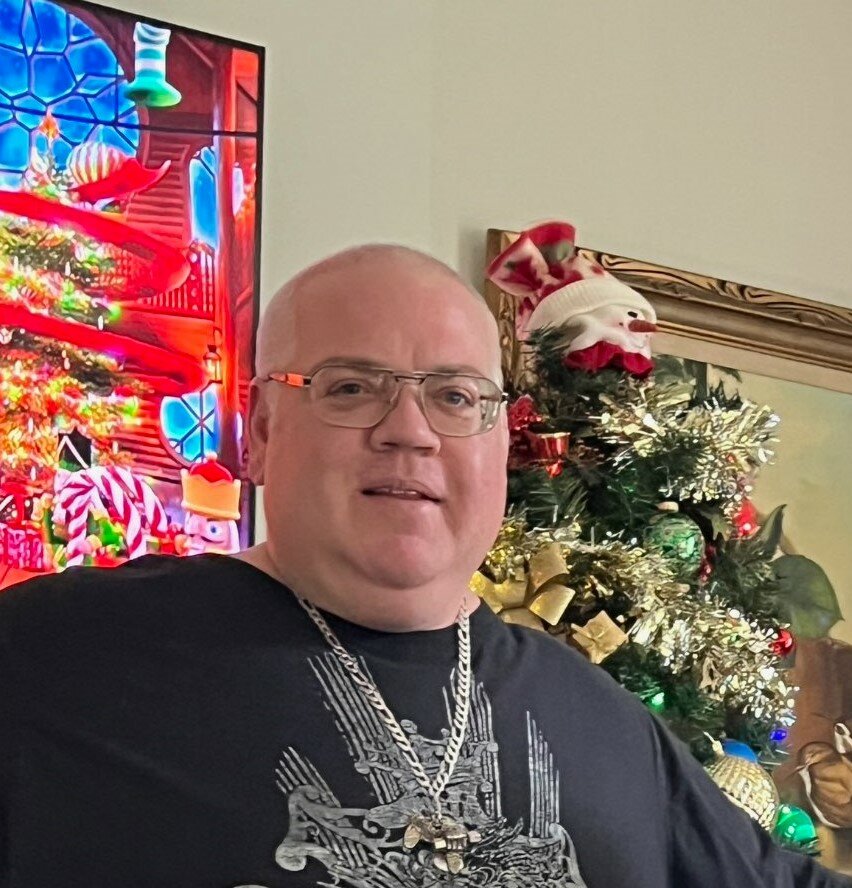 Please share a memory of Dean to include in a keepsake book for family and friends.
View Tribute Book

Born January 6, 1979, in Philadelphia, he was the son of the late Joseph Paul Marko and the late Karen Margaret Lukasavage Marko. He was a 1998 graduate of Herndon High School in Herndon, Virginia. His career included a variety of roles he absolutely cherished at Pitney Bowes, FedEx, Amazon, ADESA, Wheelz Up and Mediatech (Acquired by Corning Life Sciences) along with a handful of great opportunities at other fine organizations.

Dean's eyes always lit up whenever he was working on his car, which was almost daily, as customizing it was one of his passions. He had a deep appreciation of nature, from birds and trees to butterflies and deer, which he'd often photograph and share with friends and family.

In recent years, he took up making urban-inspired men's jewelry as a creative outlet, and got compliments on his creations everywhere he went.

From a distance, Dean looked like a big, tough guy -- like a nightclub bouncer -- but he had the kindest spirit, warmest heart and gentlest soul. His family will miss his huge hugs, deep voice and contagious belly laugh.

Dean adored the cuisines of the world -- Korean, Japanese, Polish, Indian, Afghan, Filipino, Chinese, Italian, Thai, Mexican and Vietnamese. Every meal was a cultural adventure and an opportunity to learn something new.

Some of his favorite spots in Virginia included Yechon, Kirin, Guapo's, Charcoal Kabob, China King, Thunwa Thai and Castiglia's. He had such great taste in restaurants.

Dean always looked forward to stopping by Pizza L'Oven and Half Circle Barbecue every time his family paid a visit to friends and relatives in Northeastern Pennsylvania -- a long-time family tradition he embraced wholeheartedly.

He absolutely adored his late mother's cooking. His food-centric family will think of him every time they make his Mom's recipes for Chicken Tetrazzini, Artichoke Dip and Cherry Torte. And his Thanksgiving favorite: Green Bean Casserole.

He and his friends were little explorers. They were always playing in the woods, following dirt paths and hopping over winding creeks while trying to avoid poison ivy patches and the dreaded pricker bushes.

Dean learned to play the piano skillfully and performed in a number of recitals and guilds with his brothers, and he was a powerful athlete on basketball and soccer teams coached by his Dad.

With his family, Dean moved to Reston for a few years before eventually settling in Herndon as a teenager, where he and his many friends would explore the town's various sections and streets, often on some kind of adventure with hip-hop music in their ears, endlessly searching for the ultimate chill spot, and forever on a mission to have the most fun they could possibly have.

In high school, Dean, his brothers and his friends made a point of heading to nearby Washington, D.C, for festivals and concert events whenever they could. Dean sure loved his music, and always got the biggest kick out of upgrading stereo systems and car electronics.

And as he got older, he would hand out sweet treats to trick-or-treaters, and even put on his own fireworks displays for neighborhood kids and families to enjoy each Fourth of July.

After his Mom passed away, Dean and his Dad moved to the South Riding area of Chantilly. He loved to spend his time getting to know his neighbors, including Bob Burrell, his best friend. Every time he would visit Bob, Dean would say he was just stopping by for a minute and then he would stay for hours chatting, laughing and always having the best time.

In 2021, one year after Dean's Dad passed away, Dean and Brandon moved to Strasburg in a neighborhood nestled in the Blue Ridge Mountains and Shenandoah Valley region of Virginia. He loved his new home and his new bedroom chock-full of his favorite gadgets, treasured knick-knacks and extensive collection of hats and footwear.

His favorite spot was his overstuffed recliner where he would watch movies, surf the internet, take afternoon naps and chat at length on the phone with family and friends.

Whenever out and about, Dean was always waving to his new neighbors -- Joe, Stephanie, Jon, Jennifer, Misty and so many other great folks. The night before he passed, Joe, his neighbor from across the street, brought over some delicious Filipino stew that his mother made, and Dean (and his brothers) could not have enjoyed it more. So good!

If Dean ever accidentally got food on his shirt while eating dinner -- like his mother would sometimes do while expressing her immediate displeasure -- Dean would say, "that's Mom saying, 'hi!'" from up above.

His precious parents, like Dean, were such bright lights. They were always on his mind and forever with him in spirit -- his true guardian angels.

When Dean's parents were ill and in declining health, Dean stepped in to be a full-time, hands-on caregiver, which was incredibly challenging, but he wouldn't have it any other way, spending months at his mother's bedside and years at his father's.

When his parents ultimately passed away, Dean insisted on purchasing plots for both of them at Chestnut Grove Cemetery, and designed an angel-inspired headstone to honor them both.

Brandon and Drew are confident that their incredible brother Dean is now among the angels with their Mom and Dad, and experiencing all of the love and peace he so very much deserves.

Over the last few years, every so often, Dean would repeat a phrase he learned from his father when he was young. He'd say, "Life is more precious than gold." Dean and his Dad were absolutely right. It most certainly is.

Share Your Memory of
Dean
Upload Your Memory View All Memories
Be the first to upload a memory!
Share A Memory
Send Flowers
Plant a Tree