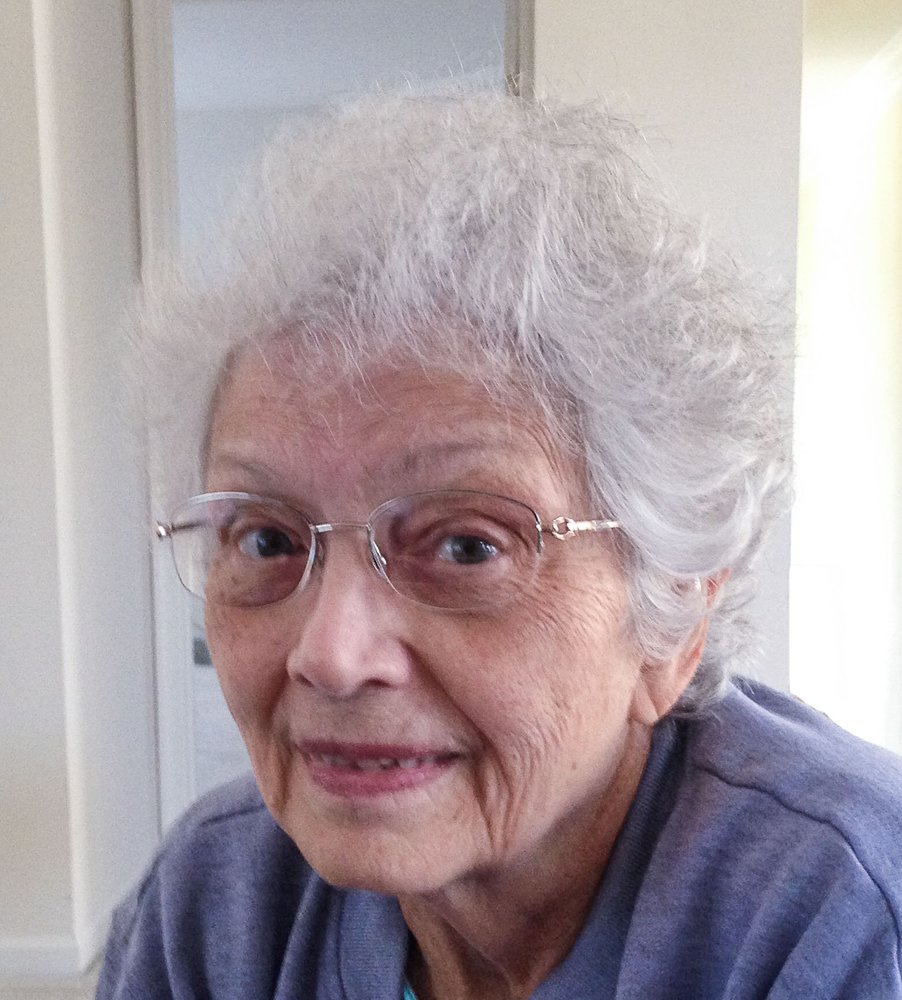 Please share a memory of Barbara to include in a keepsake book for family and friends.
View Tribute Book
Barbara Ann Barrett — Born April 13, 1933, quietly passed away in her sleep from cancer on August 19, 2016, at about 7:05am. She married the love of her life April 4th, 1959, Charles “Chuck” Barrett, and was widowed September 2nd, 2003. Barbara is survived by her two sons (Joe and Roy), their wives (Linda and Carolyn), four grandchildren (Brian, Shannon, Mary, and Sean) and the many people whose lives she has touched over the years. She was born in Clairton PA to Joseph and Elizabeth Schreck and has one sister, Mary. A graveside service will be held at 1pm on Friday, August 26, 2016 at Chestnut Grove Cemetery in Herndon, VA. In lieu of flowers, memorial donations may be made in her name to Trinity Presbyterian Church 651 Dranesville Rd. Herndon, VA 20170 or to Capital Caring Hospice, www.capitalcaring.org My mother, Barbara, might be best remembered for her love of: 1. God 2. Family 3. Glee She was always a faithful Christian, serving as an ordained, ruling elder and active member of the Presbyterian Church, in several congregations, including Bower Hill Community (Mt Lebanon, PA), Westminster (Upper St. Clair, PA), Manassas (VA), and Trinity (Herndon, VA). She taught many a Sunday school and was very active with the Crosstown summer program in Pittsburgh in the late 60’s, early 70’s. Crosstown mixed mostly white suburban kids from the South Hills with mostly black kids from the Hill District for two weeks of bible study, recreation, and summer camp activities hosted in an inner city and a suburban church. She was also active in ministry through puppetry and her Church Mice Players. Mom was devoted to her family. Her husband, Chuck, was the center of her universe, as she was to him, though there was no observable limit to her love for her boys, their family and friends. She was omnipresent in the lives of her family members, without being intrusive, always wanting and willing to be involved, but not imposing her presence. Both of her daughters-in-law count being gifted with two moms and no mothers-in-law as one of their blessings. She was present at the birth of all of her grandchildren providing help and support without interference. It was years later that I learned that she had been quietly praying, over and over again, ”breathe baby, breathe,” until each let out their first scream of life. Barbara was all about happiness, smiles, laughter, glee - open delight or pleasure; exultant joy; exultation. She delighted in making people smile whether it be with her wonderful cooking (her Lasagna was other-worldly), puppetry, conversation, or even clowning around. She always valued enjoyment and smiles. Her last smile here on earth was while being visited by her minister, Becca. She had been largely asleep and unresponsive for days when Becca visited. As we sat and talked beside her bed, hoping she could hear us, she turned her head slightly toward Becca and spoke in her beautiful clear voice, “welcome,” smiled, and appeared to drift back to sleep. She had once again brought joy to those around her. One final story, closing this oh so difficult document, the story of how Barbara and Chuck met and a bit of their first date. They both graduated from Clairton High School, but one year apart. They didn’t “meet” until Chuck had finished his time in the Air Force and returned to Clairton. He had a death in his family and needed to get to Florida right away, on a Saturday. This was long before the days of online reservations or even easy phone reservations. Chuck knew that Barbara worked for an Airline; he found her number and called, hoping she could help. Barb managed to come up with a ticket, no easy feat, and sent him on his way. After Chuck’s return he called Barb to thank her and offered her dinner as a thank you. Barb, of course demurred, saying it wasn’t necessary, but he persisted and she agreed (good thing too!). They went to an Italian restaurant, Barb ordered spaghetti. When it arrived, she added a generous topping of cheese and had her first bite. The taste was horrendous. She had poured sugar on her spaghetti instead of cheese and neither she nor Chuck had noticed. Being nervous and wanting to make a good impression she ate it. It wasn’t until years later that she told the story of the sugar on the spaghetti. Chuck was, of course, upset, he would have gotten her a second plate, but Mom, as always was more concerned about others than herself.
Friday
26
August