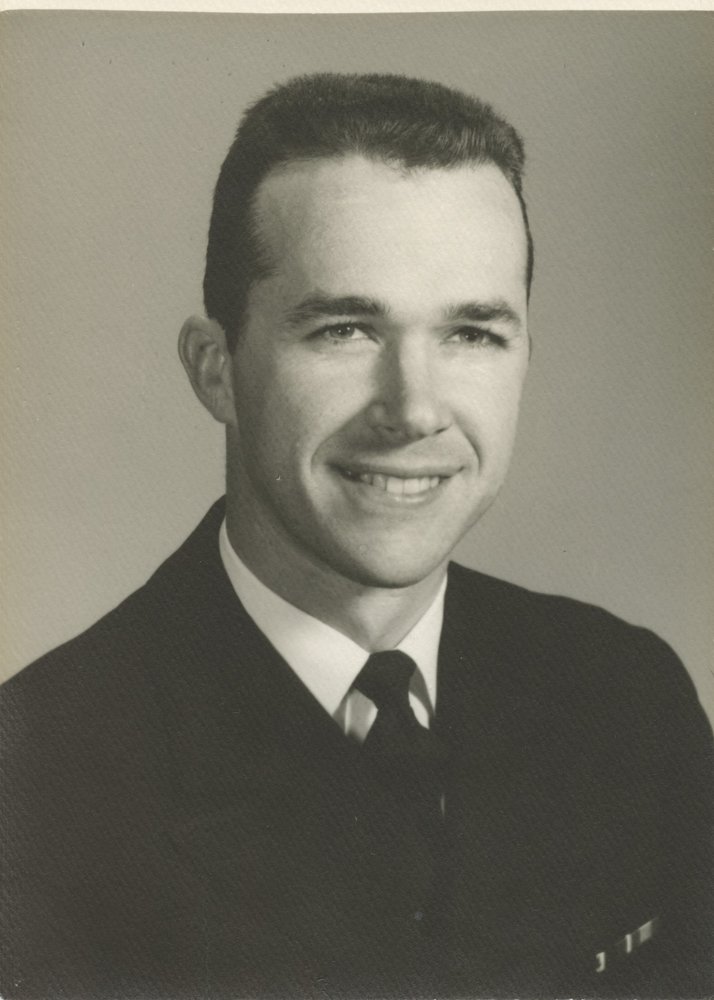 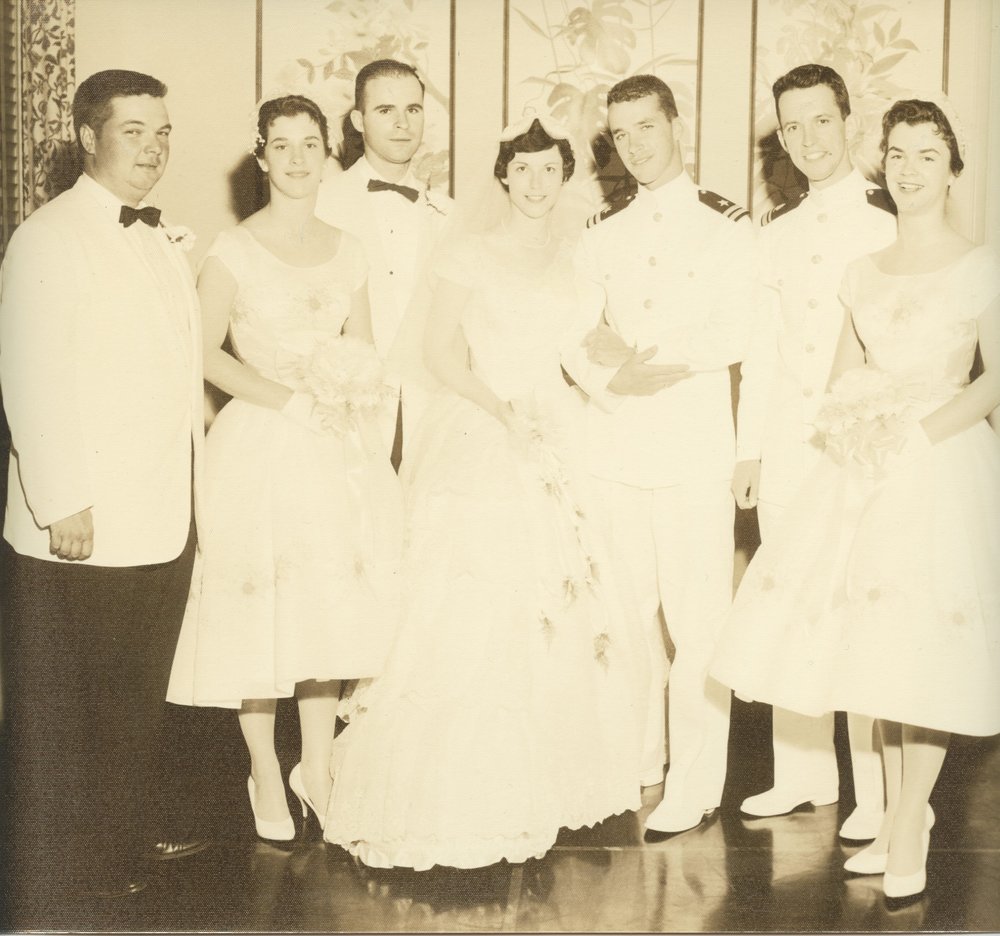 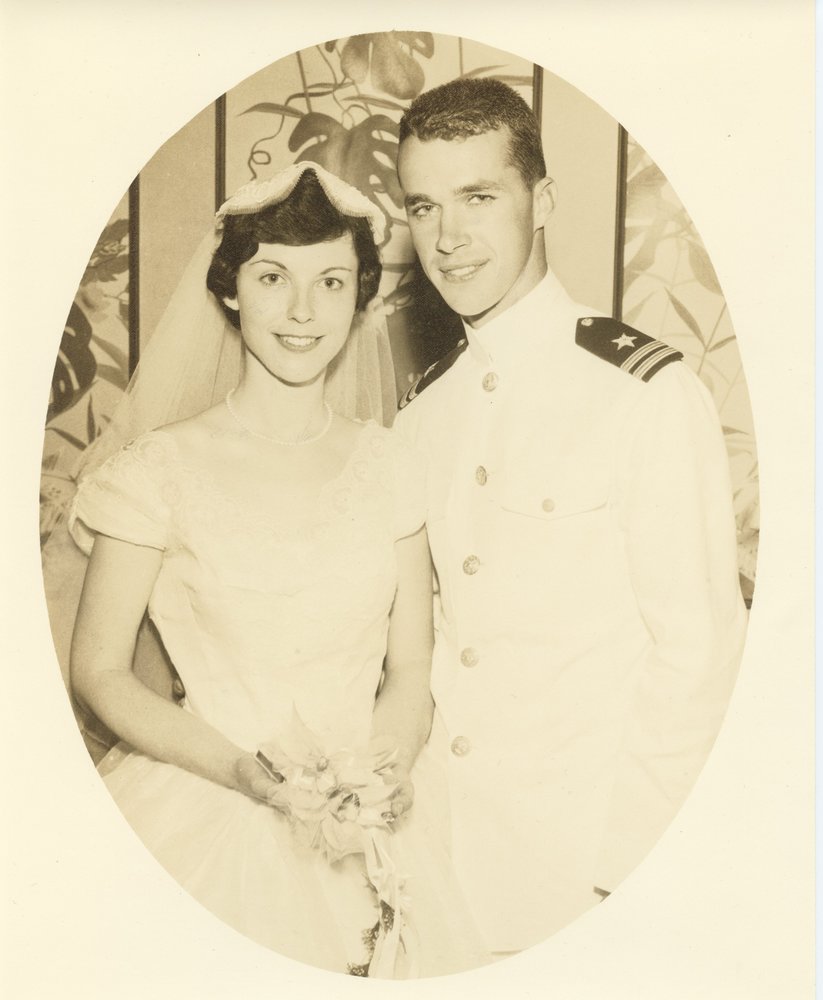 “Dick” attended University of Detroit Jesuit High School prior to receiving his congressional appointment to the United States Naval Academy from Michigan.

After graduation in 1954, he served on USS Dashiel, USS McGowan, and USS Casa Grande. From 1959 to 1962, he studied naval architecture and marine engineering at MIT. He served on USS Shark (1962-1964) and qualified in submarines and for command on Shark. He was Shipyard Superintendent and Assistant Repair Superintendent for submarines in Norfolk Naval Shipyard from 1964 to 1967. As a commander at Portsmouth Naval Shipyard (1967-1969), he was one of two officers assigned to start up PERA(SS). He preplanned the Thresher-class SubSafe overhauls and was the co-author of the integrated submarine overhaul work packages.

From 1969 to 1972, he served on the Joint U.S. Military Mission for Aid to Turkey as a senior advisor at Gölcük for the construction of two destroyer escorts. For his work in Turkey, he received the Joint Service Commendation Medal. From 1973 to 1976, he served in the SSPO, which received the Navy Unit Commendation for its work on the Trident. He worked on the acquisition of the navigation subsystem for the submarine. In preparation for the sophisticated systems engineering work and integration of the equipment during Trident development, he graduated from Defense Systems Management College, Ft. Belvoir.

Following retirement from the Navy, he was a senior engineer at Vitro Corporation and an editor at Sea Technology, where he wrote about everything related to the sea from changes and innovations in the Navy to a personal interview with “the Shark Lady,” Dr. Eugenie Clark, in the February 1992 issue.

Dick completed over 17 triathlons and the Marine Corps Marathon. He skied the legendary Tuckerman’s Ravine at Mt. Washington and took his family on many ski trips, where he enjoyed waking his children by singing, with uncharacteristic joviality, "Good Morning Merry Sunshine" to the tune of the Marine Corps Hymn.

Dick was a considerate man and he quietly took care of problems when he noticed them. In his later years when he could no longer run, he used to take walks on the bike paths of Reston. On one walk, he noticed a small, downed tree which blocked kids on bikes from getting to the underpass that led to Terraset Elementary school. On two more walks, the tree still blocked the path and Dick became more concerned about young kids detouring onto the busy four lane road above. So, on his next walk, he brought a hand saw and a hatchet to cut up the tree. He cut himself in a couple places during the process and bled plentifully the way people on blood thinners do. Not realizing his appearance, he began the long walk home. Meanwhile somebody in the nearby townhouses spotted an old man with blood on him walking with a hatchet and called the police. The police, never having encountered an octogenarian with a hatchet and blood on his clothes, approached cautiously, “Sir, please put the hatchet down so we can talk!”

Dick’s walking slowed down in the final years before his death, he and his wife moved to a retirement community after over 40 years in Reston, VA. He continued to ride a stationary bike whenever he was able, and to research climate change on his computer. He was always aware of the Mauna Loa CO2 levels, the trends in plug-in car sales, and what different countries were doing to attempt to lower CO2 emissions. He loved to keep up with football too and was a great fan of the University of Michigan to the end.

There will be a visitation at Adams-Green Funeral Home in Herndon, VA on February 2, 2018 from 11:00 am to 1:00 pm. Rev. Schardt of St. Thomas á Becket Catholic Church will offer prayers at about 12:45pm. Interment will be at Arlington National Cemetery at a later date.  In lieu of flowers, memorial donations may be made in Dicks name to The Salvation Army.