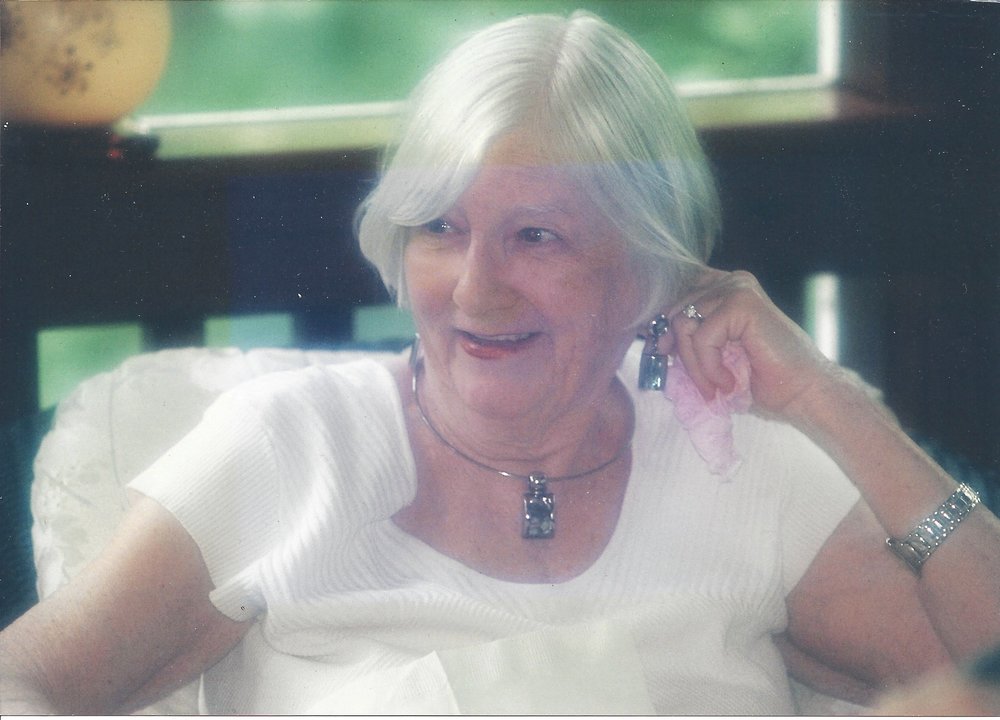 Joan was born December 16, 1933 in Stamford, CT to the late John and Johanna Buckley, both immigrants from Ireland and grew up in New Canaan and Darien, Connecticut. She graduated from Sacred Heart Academy and St. Vincent’s Hospital School of Nursing in Bridgeport, CT.  She was an RN  at St. Joseph’s Hospital.

After marriage to her husband Paul in 1956 she moved to the University of Connecticut at Storrs where her husband pursued his Engineering degree.  She and Paul formed lifelong cherished friendships while there.

In 1967 they moved to nascent Reston, VA,  in Hunters Woods.  She raised her five children in Reston while being active in the local community. She was a founding member of St. Thomas a Becket Catholic Church.   She also was a afterschool provider for the Reston Children’s Center.

Married to an entrepreneur,  Joan assisted in her husband’s businesses which included the creation of the Reston Internal Bus System (RIBS), The Executive Desk a business incubator,  Help U Sell Real Estate franchise of Reston/Herndon, and Partners in Real Estate.  Joan was also an active volunteer for the Democratic party. Later in life, Joan worked as a receptionist at the Ethan Allen Furniture store in Tysons Corner.

Summers brought her back to New England to reconnect with family and friends creating cherished memories.

Joan and Paul enjoyed a wonderful group of friends and hosted the annual Senior Olympics at their Lake Thoreau home. Their parties were legendary.

Joan’s Women’s Group and Bridge group provided support after the sudden loss of her beloved husband in 2004.  She truly loved Reston, her family, friends and church.

Joan was preceded in death by her husband of 48 years, Paul B. Preusser as well as her brothers John Buckley and Walter Buckley. She is survived by her children, Pamela Thompson and husband John of Front Royal VA, Paul F. Preusser of Vienna, VA, Kathleen Preusser of Reston, VA, John Preusser and wife Donielle of Wilmington, NC, Ryan Preusser and Wendy Wickham of Arlington, VA.

She was a loving grandmother to Sean Thompson, John Paul Preusser and Sophia Preusser.  Caring Aunt to Niece Kris Harrington (and her daughter Elise) and Nephews John and Patrick Buckley.

She will be missed.

In lieu of flowers, the family request that you please consider contributing to Cornerstones or the Embry Rucker Homeless Shelter in the memory of Joan.

Share Your Memory of
Joan
Upload Your Memory View All Memories
Be the first to upload a memory!