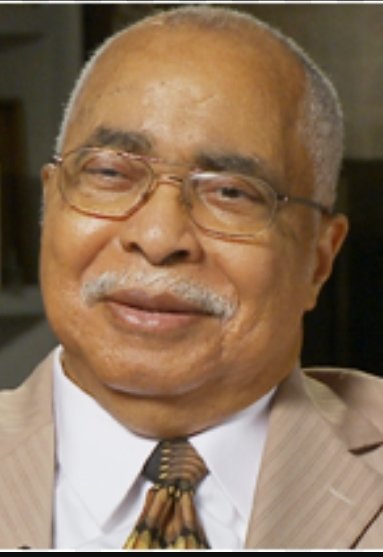 He was born on November 13, 1931, in Philadelphia, Mississippi. He was a retired physicist and education administrator for the National Science Foundation (NSF).

He served as the director of the Cooperative Academic Planning (CAP) Program at the Institute for Services to Education. He helped to create curriculum change in black colleges. Then in 1975, Dr. Calbert began his 24-year career at the National Science Foundation (NSF), joining NSF's Directorate for Science and Engineering Education.

He was a senior program analyst in the Office of Planning and Resources Management, agency representative for the White House Initiative of Historically Black Colleges and Universities (HBCUs), Section Head of Minority Programs, and Deputy Director of the Division of Human Resource Development.

Dr. Calbert's focus was to improve educational opportunities for minority students in science, engineering, and mathematics education for underrepresented students. In 1992, he became a member of the Senior Executive Service and retired as NSF’s director of the Division of Human Resource Development in the Directorate for Education and Human Resources (EHR) in 1999.

In addition to his work at NSF, Calbert has served on the faculty at both Alcorn State University and Alabama State University. He published more than fifty academic articles and presented at professional conferences.

Family will receive friends on Monday, June 18 from 10 am until a service at 11 am at Heritage Fellowship Church 2501 Fox Mill Rd. Reston, VA.  Repast immediately after the service at the church and before interment at Chestnut Grove Cemetery.

As a tribute to Dr. Calbert, the Calbert family request that in lieu of flowers and because of his love for helping students in higher education that you send a financial contribution in memory of Dr. Roosevelt Calbert to the Jackson State University Science Department. Please make checks payable to the JSU Development Foundation and mail to P.O. Box 17144, Jackson, MS 39217. Please write “In Memory of Dr. Roosevelt Calbert” on the memo line. May God bless you abundantly for your gift in memory of our beloved Dr. Calbert. - The Family.

Share Your Memory of
Roosevelt
Upload Your Memory View All Memories
Be the first to upload a memory!