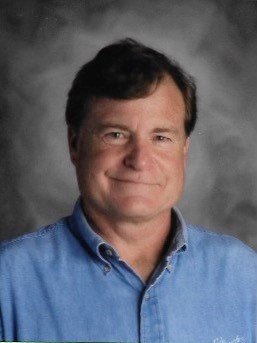 John Lloyd Butterfield 65, of Herndon, VA, passed away suddenly at home surrounded by his family on Monday, June 25, 2018.

Born on March 19, 1953 in Portsmouth, Virginia he was the son of the late Lloyd Butterfield and the late Gloria Mayette Butterfield. He was preceded in death by his sister in law, Karen Butterfield.

John attended Winchester, Massachusetts schools early on as his father was in the Navy and stationed in Massachusetts.  The family later moved to Virginia where he graduated from Yorktown High School. He was a graduate of the University of Richmond with a B.A. in English.  He received his M.Ed. in Administration and Supervision from the University of Virginia.  He was an English educator and administrator for 30 years, having taught in Henrico County Public Schools, Loudon County Public Schools, and Fairfax County Public Schools.  He retired from Westfield High School in 2009.  He continued to substitute at Westfield High School, Herndon Middle School, Herndon High School, and Fairfax County Interagency schools till his passing.

John was active in the Northern Virginia Relic Hunters Association, Westfield Theatre Boosters, Boy Scout Troop 160, Order of the Arrow, and served on the board providing leadership with local teacher associations, AFT and FEA.  He was also a brother in Sigma Alpha Epsilon.

John loved spending time at the family camp and visiting his relatives at Lake Dunmore in East Salisbury, Vermont.  He was an avid tag sale goer and would buy the most obscure tools.  He was known to use those weird tools and his “MacGyvering” skills to fix the old camp’s many issues.  He enjoyed tinkering with his old cars. Building the sets for Westfield Theater productions with his son, Alex was one of his favorite past times.  He went on many Troop 160 campouts with his sons, Stewart and Alex.  He could be found watching his daughter, Amelia, play soccer and volleyball. He enjoyed metal detecting for Colonial and Civil War artifacts.  John wanted to share with his students his love and compassion for Shakespeare and the art of writing. He enjoyed watching his favorite football team, the New England Patriots.

He is survived by his loving wife of 34 years, Nancy Stewart Butterfield.  He was a devoted and loving father to Stewart Gates Butterfield, Alexander Lloyd Butterfield, and Amelia Elizabeth Butterfield.  Survivors in John’s extended family include his sister Julie Cavacco (Jack) of Massachusetts, brothers Steven Butterfield of Massachusetts and Thomas Butterfield of Virginia, Uncle Albert (Donna) Butterfield of Massachusetts, his mother in law Loretta Stewart of New Jersey, sister in law Jeanne Ortlieb of Pennsylvania, brothers in law David Stewart (Kaye) and Mark Stewart (Beth) of New Jersey. His surviving nephews include Chris and David Butterfield, Andy Cavacco, Harrison Stewart, Andrew and Joseph Ortlieb, and surviving nieces Katie Cavacco and Nicole Ortlieb.  John is also survived by his Lake Dunmore families, the Pecks and Fifes, and his close friends Martin Keena, Peter Fife and Barry Rosenberg.

A funeral service will be held at 3:00 PM on Monday, July 9, 2018 at Adams Green Funeral Home.  Burial will follow at a later date in Middlebury Cemetery in Middlebury, Vermont.

In lieu of flowers you may plant a native tree in his memory.  Memorial donations may be made to Leukemia- Lymphoma Society or American Heart Association.

Share Your Memory of
John
Upload Your Memory View All Memories
Be the first to upload a memory!
Share A Memory