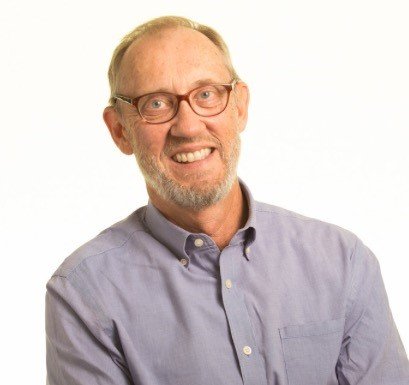 Our family mourns the loss of our father, brother, and friend, John Peter Murray, age 65, of Sterling, who passed peacefully and surrounded by family on Sunday, July 8th after a 6 month battle with pancreatic cancer.

John was born on February 8th, 1953 to Jay and Lenore Murray in Jersey City, NJ, where he he enjoyed a fulfilling childhood playing in the waters off the shore, eating famous Jersey pizza, and crabbing off the docks, until moving to Baton Rouge, LA during high school. There he met Starr Louise Freeman, the woman who captured his heart and would go on to become his loving wife for over 30 years until her passing in 2013 from complications from Multiple Sclerosis.

Starr and John were the epitome of love and devotion. They enchanted everyone they met, forming lasting relationships with people from all facets of their lives. They were very active the in the Catholic Church, and were driven to give back to their community, especially helping children and teaching Catechism classes to further His word. This continued even as Starr’s illness progressed, and they then became active in the local MS community to raise money and awareness for the National Multiple Sclerosis Society.

John and Starr attended Louisiana State University, where John studied Economics and Marketing. John began his career in 1976 as a division manager at Sears Roebuck in Baton Rouge, Louisiana.  Wanting to look at other career options, he remembered that “the concept of working at a newspaper was exciting.”  “It was about being a part of something larger than any one industry. I saw the job as having the potential to be a vocation as well as an occupation.”

John joined the Columbus Ledger-Inquirer in Columbus Georgia, where his sons Peter Michael and Matthew Ross were born, followed by a move to Indiana where he worked for the Fort Wayne Journal Gazette Newspapers, and resided for almost 14 years. In Fort Wayne he welcomed third child, and favorite daughter, Kathryn Starr. In the fall of 1997 he accepted the job as the Vice President of Audience Development for  The Newspaper Association of America (now the News Media Alliance,) moving his family to Sterling, VA. He was with the Alliance for over 20 years and was a treasured member of their team.

“John was not only a great colleague and a tireless champion for the news business, he was also an incredibly kind and personally generous man. John devoted his life to the business and people that he loved, and we will be diminished by his absence,” says David Chavern, President and CEO of the Alliance.

This sentiment was true across all aspects of his life. John was beloved by all who met him, instantly charmed by his deep laugh, intelligent and thoughtful conversations, and genuine interest in the people he interacted with. He was also fiercely devoted to his family, especially his wife, for whom he cared deeply and loved humoring her love of airedales, jokes, and world travel.

John also adored sailing his boat, the Shooting Starr, and dreamed of conquering the Bahamas-Havana loop. He practiced for this by sailing on the Chesapeake, and enjoying the opportunity to share his passion with anyone who would share a beer with him on the bow of his boat.

When he wasn’t advancing the future of newspaper circulation, he was doting on his children, Peter (Lacy) GilMurray, Matthew (Sheila) Murray and Kathryn (William) Powars, and grandchildren John-Ellis Powars and Adam Powars. He was looking forward to greeting his third grandson Theodore Murray later this month. He is also survived by his siblings Mark (Karen) Murray, Dana Murray Bugea, and Matthew J. Murray, a number of extended family members, and friends whom he loved and treated like family .

In lieu of flowers, donations may be made to The National Multiple Sclerosis Society in memory of John P. Murray.